Bird excuses and the law 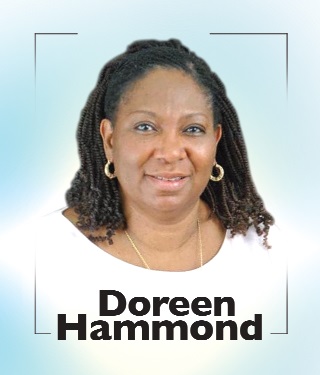 I watched a documentary on the importance of protecting wildlife on television recently and something hilarious happened which is worth sharing.

A man had been caught hunting an endangered bird specie somewhere in Europe.

As he was being interrogated for killing those birds, his excuse was that, he lost his son a few years ago and that when his son was alive, they used to hunt those birds together when there was no ban, therefore, anytime he misses his son, he hunts the birds to assuage his sorrow!

Of course , the officials of the Wildlife Department could not help but burst out and laugh .Their laughter did not, however, prevent them from preparing the man for court.

As a family, we have since named such implausible excuses ,“bird excuses”.
Last week, I watched with amusement on Cititv , as a “big man” gave a bird excuse to the Police as he bluffed on the GIMPA road in Accra, Ghana.

A member of the August house was caught flouting traffic laws and his defence was that he needed to do that in order to get to the house to make laws for lesser beings. He said he was flouting the law to go and fulfill the national interest. His posture was significant as he asked: Who do I talk to and demanded concessions, obviously thinking that it was business as usual with the police. But the Ghana Police will have none of that , as they booked his driver for court .

In reaction to this big man’s claim that he directed the driver to flout the law, the Police told him to follow the driver to court and give that excuse there if he so wished. And then my mind went straight to the documentary I had watched , and the man who gave the bird excuse!

That was not the first bird excuse I had heard in Ghana and would not be the last.
This big man’s behaviour brought to mind several issues.

So is this the mindset of some of the men in the house? That they make laws for others and not all of us? And what really is the national interest? So my friend the doctor, who was in the same traffic driving to the hospital to perform a life-saving surgery was not attending to a national interest?

How about Sister Catherine who was going to teach our children at school or Yaw, the fufu pounder who was on his way to ply his trade so that at lunch time, we will get something to eat?

To me, national interest is varied and we all play our individual roles to keep our institutions and society running. How such people with this mindset manage to get our mandate must perhaps be added to the wonders of the world.

Well, the driver has been fined, but is that the end of the story? How about the honourable man, who instead of helping the police to discharge their mandate openly, threatened a police man for doing what he is paid to do?

Well, aside this fall out , this whole episode gave a lot of hope. We saw a new kind of policing which did not look at faces but insisted on the right thing being done.

We also witnessed in the days that followed the episode, less motorists driving on the shoulders of the road and running through the red lights.

If this exercise is sustained, we will definitely see some sanity on our roads including a reduction in the abuse of sirens and road traffic accidents.

Bird excuses will always come, but it is how we deal with perpetrators that will determine our placement on the development ladder at the end of the day.