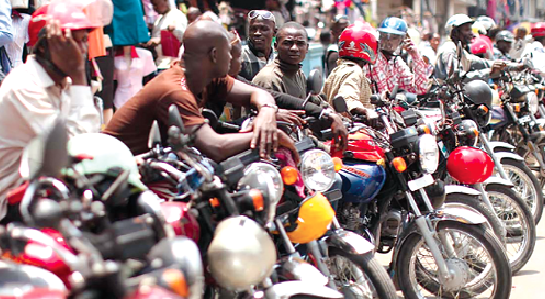 'Okada' business has grown astronomically, with it the indiscipline
30.5k Shares

As I autographed a copy of my book, Retirement Musings for the young Major, I asked for a confirmation of the date.

“Today is March 15, 2021 sir,” he said. “Wow! Beware the ides of March!” I exclaimed instinctively, leaving the Major in wonderment about what I meant!

Julius Caesar is a Shakespearean tragedy we loved quoting from in school. Based on the life of the Roman General/Statesman Julius Caesar, some of the quotes were:

● “Friends, Romans, countrymen, lend me your ears. I come to bury Caesar, not to praise him. The evil that men do lives after them; the good is oft interred with their bones…” (Mark Anthony in his eulogy of Caesar).

● “Et tu Brute?” (And you too Brutus?) (Caesar after his closest friend Brutus stabbed him)

Monday, March 15, 2021 was ‘the Ides of March’ in the Roman calendar. It was the day in 44 BC when Julius Caesar was stabbed 23 times to death by a group of senators led by his bosom-friend Brutus.

Roman history states that he was earlier warned by a soothsayer not to go out on the Ides of March, (March 15, 44 BC), a warning reinforced by his wife.

‘Beware the Ides of March’ subsequently became synonymous with being warned but displaying pig-headed obstinacy going against advice and paying with one’s life as happened to Caesar.

Starting his military career as a teenager, Caesar rose to become a general. Considered a threat by Pompey, the ‘Head of State,’/equivalent of the Roman Republic, Caesar was sent out of the Republic to Gaul in Northern Italy to fight.

Rome and Gaul were separated by the shallow River Rubicon.

After Caesar successfully completed his Gallic campaigns, Pompey ordered him to demobilise his army before returning to Rome.

Caesar refused and subsequently crossed the Rubicon, declaring “alea iacta est” (the die is cast), his final act of throwing down the gauntlet at Pompey!

During the week, television news showed pictures of the island separating the two sides of the Accra-Tema Motorway, being illegally and dangerously criss-crossed.

It also reminded me of my stay in Uganda over 12 years ago, where I served as the Senior Military Advisor to the Special Envoy of the UN Secretary-General, President Chissano of Mozambique.

Reacting to daily screaming newspaper headlines of murders, I asked a colleague why the murders.

His answer was simply: “When laws fail to be applied because of political influences, indiscipline and impunity take over.”

He also lamented the concentration of power in one hand. That sounded familiar!

When the 1992 Constitution was promulgated, analysts opined that, like the Ugandan case, our Constitution was designed for one person.
Otherwise, how could virtually all power be concentrated in the President?

A flaw, which many Ghanaians hoped would be corrected early, was the requirement for a majority of ministers to come from Parliament.

A question that arose was, how could new MPs who were made ministers combine the two jobs effectively, being simultaneously legislators and executors/implementers?

Meanwhile, Ghana still awaits the implementation of the Fiadjoe Report!

On Thursday, March 18, 2021, Ghana’s foremost playwright Ebo Whyte in his bi-weekly radio-presentation submitted that despite the semblance of development, Ghana is in fact sliding backwards.

“Indiscipline shows at all levels of Ghanaian society!”

Uncle Ebo stated that we have lost our sense of shame and moral compass. For example, young girls bragging about their affairs with big men evoke no shame. Young men insult adults old enough to be their fathers/grandfathers in the name of politics.

Road traffic indiscipline resulting in carnage on our roads appears to have gained acceptability as normal.

Disgraceful open defecation is part of us!

No country has succeeded by brandishing indiscipline/impunity the way we are! Singapore/Rwanda did not!

On Friday, March 19, 2021, the World Bank lamented Ghana’s ‘premature de-industrialisation!’ For an import-substituting country which under President Nkrumah before the 1966 coup produced car tyres, jute-bags, glass, matches/machetes, canned fruits/vegetables and had Ghana Airways and Black Star Shipping Line, our current manufacturing input of only four per cent contribution to GDP is sad!

Ghana! ‘Beware the Ides of March!’ We are on a slippery slope.

Unlike Julius Caesar, listen to good advice from Ghanaians, irrespective of political persuasion. For, Ghana belongs to all Ghanaians.