Bentsifi’s Tattle, A guy about town

BY: The Mirror
Category: Features 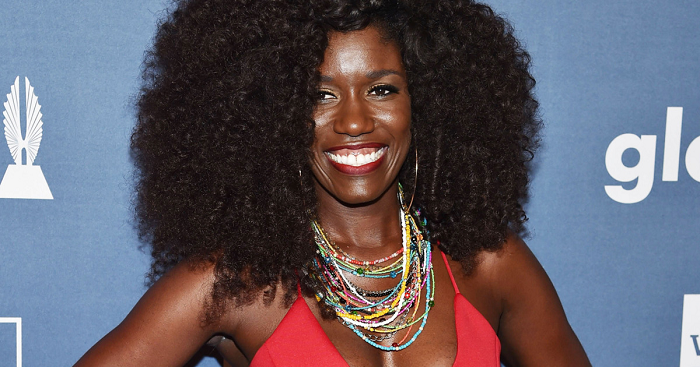 Not only did Bozoma Saint John cause a sensation by ending her presentation at last Monday’s Apple Developer Conference with Ghana’s hit “Y3 Wo Krom tune, she actually shook the auditorium full of mainly Caucasian geeks and got them to move to the beat of the songs she played during her delivery, starting with Sugar Hill Gang’s “Rapper’s Delight” from the old school, Leaf’s “Money” from the new school, and as she puts it, “from the native school”, Atom’s “Ye Wo Krom”!

Since then, a phenomenon of global proportions has occurred in my family. You see, Boz is my cousin Aba Enim’s daughter with Dr Appianda Arthur. Now, everybody wants to know who this cool, funky diva of a chic was as she came onto the worldwide public eye with the event being telecast on the web (Internet).

Her light shown in a massive way and, just being her usual self in her delivery, she won the attention and admiration of the Internet world.

To us, though, she’s always been a phenomenon! But, now, she belongs to the world; she’s a hero!

And, my utmost pride, and ecstatic delight, is the fact that her distinction is in business, other than in the stereotypical show business Africans are generally known for.

In the Tech section of the global Business Insider magazine, this is how Boz, as her friends know her, was presented after her show stopping performance at the usually dreary conference she just spiced up the day before. The headline even said it all. ‘Meet Bozoma Saint John, the Apple executive who stole the show at WWDC’.

Written by Biz Carson, it reads;

“Bozoma Saint John stole the show. The Apple Music executive doesn’t have nearly the same name recognition as the senior executives, from Eddy Cue to Craig Federighi, who shuffle on to the stage at the annual developer conference on Monday.

But Saint John quickly turned heads during her appearance at the event, and not just because she got Apple’s audience to rap along to The Sugar Hill Gang’s “Rapper’s Delight”. Even if the audience filled with tech developers wouldn’t sing as loudly as “Boz” wanted, her enthusiasm was infectious.”

Saint John was born in Ghana and moved to Colorado Springs when she was 14. According to a 2015 interview, growing up in a community where she looked completely different from pretty much everyone else inspired a personal mantra that would play an important role in her career. “Be bold and fearless; never compromise who you are just to please another.”

This is what makes Boz wear her Ghanaian heritage wherever she goes, including on the biggest platform she gets to shine. She made it known she had some Ghanaian links when she played the “Ye Wo Krom” song which she fell in love with when she recently visited home.

Not only that, even the dress she wore on stage was also made by a fellow Ghanaian. Posting on her Facebook, she writes; “There wasn’t a bad angle in this Mimi Plange dress! I’m so glad to have been blessed by this Ghanaian born award-winning designer, (who has dressed Michelle Obama, Rihanna, Serena Williams - to name a few) Ghana, your daughters are here! And we slay!” Indeed, they slay!

What Bozoma did last Monday, a girl who spent her formative years here in Ghana, and has, through dint of hard work, climbing up the corporate ladder in the United States of America, is not inspiration for you, I don’t know what is!

Responding to me after I sent her congratulations, she expressed her profound gratitude to all the well wishes, which she says she feels, to her core, and repeated, “Ye Wo Krom!” I smiled.

Now, here’s one exhibition you must not miss to attend. Last year, they put one together, their first, and the exhibits were wildly progressive! This year, the final year students from the University of Science and Technology in Kumasi present a collection of works in an exhibition entitled “Cornfields in Accra”.

No doubt, it will address a lot of socio-political issues. I’ll share my review of it next time. But, do pass by at the Museum of Science & Technology near the Worker’s College and enjoy some very creative and thought provoking work. They promise to show groundbreaking stuff.  Curated by Blaxtarlines Kumasi, it opens tonight. Make it a date.

So, I hear the African Film Festival UK is taking place from Friday 23 in Ireland and will showcase films from across Africa. There’s one Ghanaian entry. It is an animation short film called ‘Aorkoli’, by Francis Y Brown. Great, Francis’ work is keeping us in the picture! Way to go!

I await, patiently, for the Stanbic Bank Standard Jazz Festival scheduled for June24 to 26, which feature the legendary keyboardist, Bob James.  I can’t wait to hear him play live at the International Conference Centre.