Award of honorary degrees. A reaction to National Accreditation Board 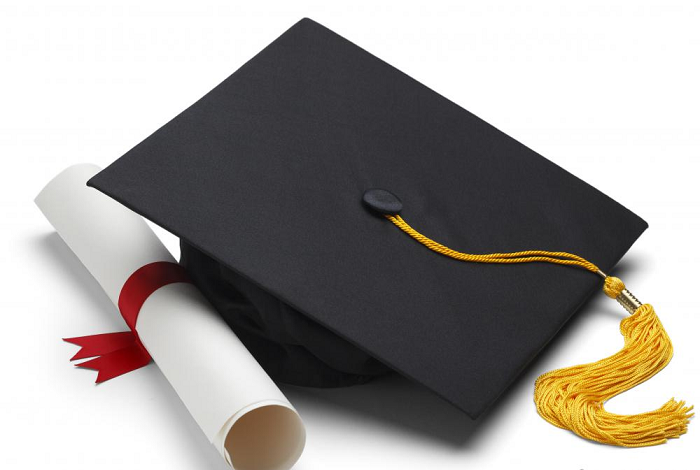 We wish to commend the Executive Secretary of the  National Accreditation Board (NAB), Mr Kwame Dattey, for coming out with a press statement on the issue of accreditation and  conferring awards on Ghanaians.

We also commend him for warning prospective students in Ghana to stay away from the Swiss Management Centre (SMC) and other unaccredited institutions operating in Ghana. Unfortunately, while Mr Dattey attempted to address some of the issues, his calculated attempt to cast insinuations that tend to question our integrity leaves so much to be desired of a public office holder who should be commending us for expending our scarce resources—time, money, knowledge and energy—to make this disruptive phenomenon the focus of public discourse in the last few weeks.

In the introductory paragraph of Mr Dattey’s press statement, he stated that the “NAB has serious reservations about the ethical considerations employed for the study.

” We wish to inform the executive secretary and his organisation that, for a public discourse such as this it will do all of us the reading public a lot of good if he can pinpoint the ethical principles that our work has breached. More so, we are not sure there is any profession under the sun that does not have its hazards.

If a physician, in the course of his/her duties, commits a malpractice or an error, there are institutional review boards that examine malpractices or errors in professional practice with a view to ensuring that the offending practitioner gets the appropriate sanction and education.

Now back to the substantive issues at stake.

We do appreciate the work the NAB has done over the years in warning the public about some of these  institutions and the questionable awards they confer on our compatriots from time to time. Our appreciation for the work of NAB is never in doubt. On page 21 of the 56-page report, we acknowledged the difficult task of NAB when we pointed out that:

With the declaration of Kwesi Appiah’s honorary doctorate null and void by the NAB on September 18, 2014, that precedent quashes all other doctoral awards by the aforementioned institutions. That being the case, one would expect a reputable media organisation such as the Graphic Communications Group Limited, publishers of the Daily Graphic, to respect the

legal instrument of the NAB. Contrary to this expectation, on December 16, 2014, in the run-up to the NDC congress when Mr Kofi Portuphy was elected as the NDC Chairman, the Daily Graphic carried a profile on Mr Portuphy. In that piece, Kobby Asmah and Kofi Yeboah quoted Mr Porturphy’s discredited honorary doctorate degree to promote his candidacy.

The point is that for even our first policeman of the land, IGP (Dr) John Kudalor, NDC Chairman, (Dr) Kofi  Portuphy, Member of Parliament, (Dr) Bernice Adiku Heloo, Presidential Candidate (Dr) Hassan Ayariga (now disqualified), (Dr) Patrick Kobla Agboba aka Torgbi Sri III, among others, to still be parading themselves in the public space as doctorate holders (whether earned or honoris causa) can attest to the fact that the NAB’s actions have not been biting enough to deter any of these individuals and institutions.

The average reader can infer from the foregoing that the NAB cannot tame this hydra-headed phenomenon alone. Thus, we rather deserve commendation and appreciation not insinuations and condemnation from the NAB and its executive secretary.

We wish to point out to the NAB and its executive secretary that we are not oblivious of the challenges that national organisations such as the NAB face in an ever-widening global sphere in the execution of their duties of monitoring and supervising the accreditation process of educational institutions. Any “serious minded” individual would discern that fact from the very title we chose for our work: “Accreditation Challenges in Transnational Educational Ecology: The Ghanaian Experience.” The emphasis is on the word “challenges.”

In the opening chapters of the report, we highlighted these challenges not only for Ghana, but for the rest of Africa and the developing world. We went on to state our recommendations for implementation before drawing some important conclusions. For the NAB executive secretary to now issue a press statement demanding from his “august researchers” how the NAB should act on institutions outside the jurisdiction of Ghana is simply befuddling. It only raises the question: Did the NAB executive secretary and his institutional members read and digest the report before issuing this press statement or at best they only read the most convenient parts?

At this point, there is no belabouring the SMC’s accreditation status from the Swiss Embassy in Accra and other unrecognised institutions by the Office of Post-Secondary Education (OPE) of the US Department of Education (DoE). It is heartening to know the registration of the SMC has been withdrawn until it is able to satisfy the national accreditation requirements of the Swiss authorities.

Further, the attempt to malign our hard work to expose crime and corruption as a “hearsay research” is neither here nor there. We cannot ascertain what materials Mr Dattey and his colleagues at the NAB have been reading about ethical principles and secondary sources. Emails and other forms of personal communication always serve as a fodder of authenticity to corroborate communication between researchers and respondents, especially in this age of the Internet, and are always added to research work as an appendix.

Going forward, the NAB and its executive secretary should appreciate that in our report, we identified over 10 institutions and over 40 individuals. The NAB and the UPSA should not unnecessarily divert attention from those institutions and individuals by their unnecessary tirades. We have clearly indicated that the Ministry of Education is called upon to play its oversight role without further delay.

In this regard, NAB should not be unnecessarily interfering in these matters which are in dispute. If we may prescribe, the preoccupation of the NAB at the moment should be how to find ways to deal with individuals and institutions that are in clear violation of its edicts including getting them to publicly recant their dubious PhDs and honorary doctorates not acquired from accredited institutions.