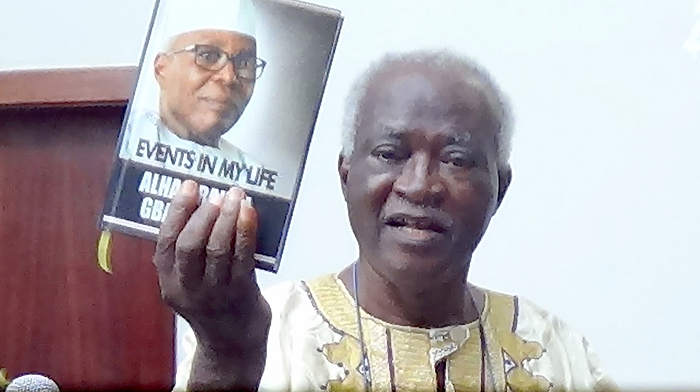 An autobiography of a former Director General of the Ghana Education Service (GES), Alhaji Rahim Gbadamosi, has been launched in Accra.

Alhaji Gbadamosi explained that he decided to document and share his experiences with current and future generations to inspire them to attain excellence in their respective endeavours.

The book was reviewed by Professor Dominic K. Agyemang, a Professor of Sociology and former Dean of the Faculty of Social Sciences at the University of Cape Coast.

He said the memoir chronicled challenges Alhaji Gbadamosi encountered in his career and life. It also provides lessons and offers advise to readers.

Professor Agyeman described the author as a mentor, a researcher, a manager of a football club and a statesman who devoted his working life to the development of the Northern Regions and Ghana in general.

The book, he said, also offered counsel in conflict resolution by helping to build stronger relations between bosses and their subordinates.

The Managing Director of Stanbic Bank, Mr Alhassan Adani, auctioned the first 19 copies of the book which were autographed by Alhaji Gbadamosi.

The first three copies were bought for Ghc10,000 each.

The Deputy Minister of Transport, Mrs Joyce A.B. Mogtari, bought a copy for Ghc10,000 for the President, John Dramani Mahama

Other copies were later sold at the market value of Ghc100 for a hard back cover and Ghc50 for a soft back cover.

The book comes in both soft back cover and hard back cover in beautiful black, white and gold colours with a picture of the author on the front.

The last page in the book has pictures of memorable events in the life of the author.

The 200 page book has 18 chapters dealing with his birth, childhood, working life with the GES, his experiences in Canada and a clash with a deputy minister over premature disclosure of vacancies for promotion.

Chapter six of the book is dedicated to the computerised placement of Junior High School pupils into Senior High Schools while subsequent chapters are focused on the role Alhaji Gbadamosi played in the establishment of the Islamic Education Unit, functions of heads of schools, the Islamic development bank scholarship programmes, among others.

Titled, “Events In My Life,” the book is published by Black Mask Limited.

Alhaji Rahim Gbadamosi was born some time in 1933 (he is not sure of the date since his parents did not document his birth) into a poor Muslim family in the former British Protectorate of the Northern Territories.

In May 1945, young Gbadamosi was enrolled in Primary one at the Wa Primary School but due to his high intelligence he was promoted to standard one (primary four now).

After coming first among a group of twenty candidates who took the entrance examination, he was enrolled as one of the pioneer students at the Tamale Secondary School in 1951. He was made the senior prefect from Form two till the time he completed his secondary education.

After his tertiary education at the University of Ghana, Legon, he went back to his alma mater, Tamale Secondary School, to teach Physics and later became the headmaster of the school.

He subsequently worked at the Ghana Education Service (GES) as the Director of Curriculum Research and Development Division (CRDD). He was also the Director of the then Manpower Division at the GES.

Alhaji Gbadamosi retired as the Director-General of the GES. He is currently the Coordinator for the Islamic Development Bank Scholarship Programme.