Are you ready to kill your son to save Ghana? 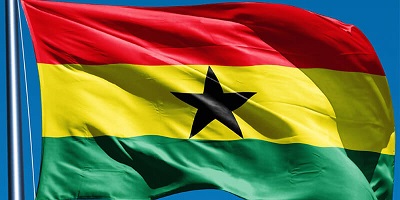 And when the king of Moab saw that the battle was too fierce for him, he took with him seven hundred men who drew swords, to break through to the king of Edom, but they could not.

Then he took his eldest son who would have reigned in his place, and offered him as a burnt offering upon the wall; and there was great indignation against Israel. So they departed from him and returned to their own land. - 2 Kings 3:26-27

.....how far is anyone aspiring to be the next President of Ghana ready to go and at what cost to himself to achieve such a dream....or how far did any of our former Presidents go to ascend that high office....or better still, how far did HE Nana Addo Dankwa Akufo-Addo go to become the 5th President of the 4th Republic...and how far extra would he go to maintain the Presidency in 2020?

.....how far did all our leaders from the erstwhile Ghana Empire, from which we took our name Ghana as a nation (have my reservations though for good reason but that is for another day) through the various states and kingdoms to Gold Coast, and the fight for Independence in 1957, through the various coup d’états as well as the 1st, 2nd and 3rd Republics, military governments go to ascend the high offices they have occupied in the history of our people and Ghana..?

....how far did our current Honourable Members of Parliament go to get elected to such high offices..?

.....how far did all the previous Honourable Members of Parliament since the advent of the 4th Republic go to be elected to their offices to the extent of informing the current MPs to brave such trials to get into Parliament..?

....how far did the numerous government appointees go to get selected to serve on various boards and offices of public and civil institutions..?

.....how far are our chiefs ready to go to be outdoored into their high offices of paramountcy or divisional stools..?

.....how far do the others go to be nominated as Metropolitan, Municipal & District Chief Executives and confirmed to their high offices...considering all that we read about in the dailies of the related fights and destructions heralding their assumption of offices..?

....how far is anyone of us ready and willing to go to appear to others as exceptional businessmen & businesswomen...and be seen as successful...prosperous...rich and funky men and women....?

.....how far do some husbands and wives go to keep their marriages especially as they strive to keep their partners as ZOMBIES without any wills of their own..?

....how far do our artistes go to maintain the standards they crave for themselves as new celebrities of our time...?

.....INDEED, how far are we all READY TO GO TO LIVE OUR DREAMS OR BECOME THE MEN AND WOMEN we desire others to see of us...?

....are we ready to kill our sons and daughters to achieve such ends...?

....the education system is being corrupted by parents who will engage hackers to hack into systems to change their wards' results....or pay people at say, WAEC to manually alter results of their wards....or lecturers seduce or be seduced for sexual favours to maintain good grades....or parents compromising teachers to elect their wards as school prefects....no wonder one person's rise to fame for political appointment was school prefect...thus parents start this to give their wards an advantage years later....we are really, really messed up as a nation....to imagine the people who get appointed into political offices are the most vocal or those who can insult political opponents most on radio...such VALUE SYSTEMS destroy and collapse and warp the hopes and belief-systems of the people...."WHAT HAVE WE ACHIEVED. ....?"....sad reflections of our generation...

....sat for then Common Entrance in Axim in 1966 and got my admission letter in the village through the post without anybody going to see any teacher or headmaster to grease anybody's palms to attend Mfantsipim....and nowadays if you are a bird and you don't fly...you will stand at the same place....so parents and guardians move ....otherwise how on earth can we say we are building a nation and yet people get employed by ethnic considerations and not the best qualified....WHAT ARE WE DOING TO OURSELVES AS A NATION....and then after all these...HYPOCRITES AS WE ALL ARE....go and sit at the front pews in church and profess how we have been blessed by these corrupt acts.....

....how far will we go to get elected as Members of Parliament....hear some of the stories and you will open your mouth....like SAKAWA...you can imagine what has to be swallowed....and know where you have to visit....to secure votes...creating new business opportunities for quacks and all kinds of fetishists.....and sorry to say, is it 'men-of-god'....

....and worse or worst....we all tend to forget the consequences of our actions...GREAT INDIGNATION AGAINST GHANA & GHANAIANS.....do you know what the Lord says about turning someone into a 'prostitute'....great indignation....simply put...a CURSE....all these things we all do variously in pursuit of our dreams...our prosperity...our successes....our election victories...ascending thrones of any kind...getting appointments into political offices...including when we pay people...mostly unemployed to protest and cause mayhem against a President's nominee for DCE...has a boomerang effect....so watch it where you are standing when it makes its half-circle....if you yourself have moved on...your child or children receive the consequences therefrom....

(Excerpts from REFLECTIONS by Magnus RexDanquah 2018)