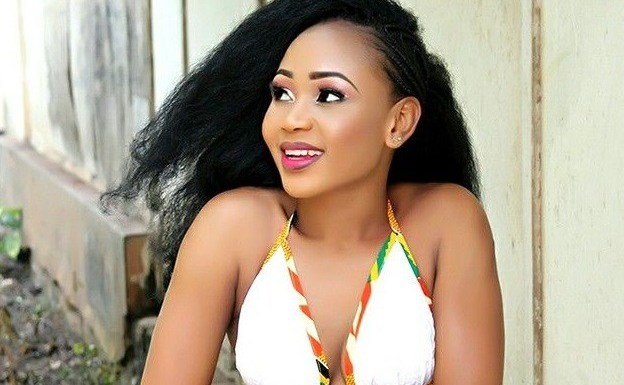 I had meant to congratulate the Regional Minister of Greater Accra, Mr Henry Quartey, on his sterling efforts at keeping the city clean and orderly, but decided to shelve it because of matters arising: the press conference of Rosemond Brown, a.k.a. Akuapem Poloo on Saturday, April 24, 2021.

I focus on that because it is news worthy and some Ghanaians are interested in how this saga plays out.

And as the leading newspaper in the country, we must have our teeth into issues that get Ghanaians talking, otherwise we become irrelevant!

Now, Akuapem Poloo held a press conference last Saturday and in the course of her delivery and thanksgiving to all, including President Nana Addo Dankwa Akufo-Addo, broke down and wept.

She was apparently overwhelmed my the turn of events: what she thought was an innocuous post of her nude self and her son… , metamorphosing into a police charge and the subsequent court case (initiated by Mr Bright Appiah’s Child Rights International); her sentencing to 90 days in prison and her release on bail on Friday, April 23, 2021.

It all culminated in a catharsis at the press conference last Saturday and the weeping.

Regaining her composure, she went on and even managed to respond to some questions.

The substance of Akuapem Poloo press conference though, left much to be desired.

The impression was created that the petition by some in the creative and entertainment sector, that had more than 30,000 signatures, asking for the President to pardon her, as her actions were not criminal but an exercise of poor judgement, was what had triggered her release from the Nsawam Prison, with the President`s blessings.

That is ,however, far from it.

Section 33 (1) of the Courts Act (Act 459) states: The court which a person is convicted or the Court to which an appeal is made may on the application of an appellant, grant the appellant bail pending the determination of the appeal. “

Thus, her release was as a result of the normal rules of court procedures and the discretion of the court to prevent Akuapem Poloo from suffering double jeopardy (that is, serving all her sentence during the pendency of an appeal, the outcome of which, no one knew).

So why did they drag the President’s name into it? Was it to make belief that the President was in support of her release (technically, bail) to estop a stiffer punishment in the appeal?

Then there was her dress to the press conference, an off shoulder white gown. I believe Akuapem Poloo is not out of the wood yet. Wearing white may mean victory with all charges dropped.

But really, for a repentant soul like her, as she sought to portray by her tears and affirmations “nudity is not good”, should she not have borrowed Mr Asiedu Nketiah’s feminine coat he wore to an official visit to Germany in 2015 to cover up properly for that press conference?

For some of us, even the sight of the flesh around the shoulders and upper back, is nudity!

Lawyers of Akuapem Poloo, in the spirit of the reformation that she has now been baptised in, must also be forthright with the facts and not pander to the gallery.

They must not unnecessarily drop big names, hoping that would make their appeal better.

We are all learning from this case, as some say, one never knows there is a law until one falls foul of it or gets into trouble.

Her lawyers are obligated as lawyers not to cloud matters.