Agenda 111: The making of a ‘Bold and Ballsy’ Akufo-Addo legend 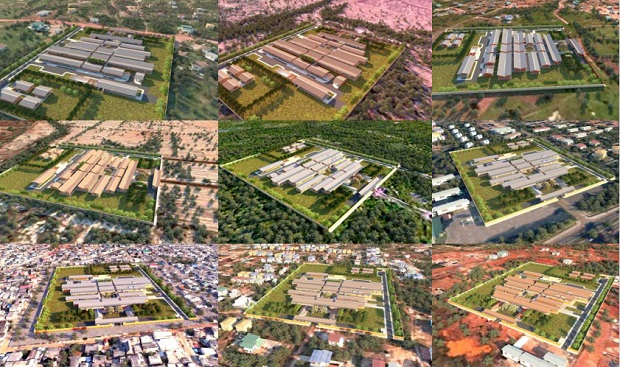 And so the legend goes in Nigeria, Congo, South Africa Ethiopia and all of Africa, even beyond the land of Africa to the ends of the world: Once upon a time, in a country called Ghana on the West Coast of Africa, there lived a man who refused to take ‘NO’ for an answer in his quest to radically change the socio-economic status of his people. This man was called Nana Addo Dankwa Akufo Addo, a boy with abiding dreams who became President after three electoral defeats and almost forty years in active political life. But his story is not about those years spent in the wilderness. His legend is about what he did for his people once he became President. He implemented bold, ‘balls-y’ and transformative ideas that became the beacon of light for the whole continent and beyond. And it is the reason his name lives on in this story that will continue to be told many years to come. The legend of Akufo- Addo.

101 Hospitals in 18 months
And it came to pass that in the year 2021, specifically on the 17th Day of August, Nana Addo observed the commencement of works on the task of delivering one hundred and one hospitals in a matter of 18 months. Unbelievable! Never in the history of Ghana nor Africa has such an audacious project been embarked upon. Nana Addo’s vision is simple; Build a hospital in every district which has not got one. It is non-negotiable. We cannot live in a country where people still travel far and wide distances for referral health care. There are 88 districts without any District Hospital at all from the time Ghana attained independence under Dr. Kwame Nkrumah. It has been 64 years and yet 88 districts have no hospitals for referral care. So 88 hospitals are going up at the same time. There are other districts that are so unique in geographic features that a single hospital cannot serve the entire population. 13 of such districts will also be given new hospitals. Overall 101 (One Hundred and One) hospitals will be delivered. This unrivalled hospital drive targets fulfilment of Goal 3 of the Sustainable Development Goals (SDG 3) of the 17 Global Goals which aims to Ensure healthy lives and promote well-being for all at all ages'. Of course Nana Addo is the Co-Chair of the advocates of the Sustainable Development Goals, a position he shares with Norwegian Prime Minister Erna Soldberg.

Aside the aforementioned district hospitals, six new regional hospitals will be built for the six newly created regions of Western North, Savanah, Bono East, Ahafo, North East and Oti. Two specialist psychiatric hospitals will be built in the Middle Belt and the Northern Belt. There are no psychiatric hospitals at all beyond Accra and Cape Coast, both in the coastal belt of Ghana. The Accra psychiatric hospital will be rehabilitated as well. Western Region uniquely gets a rehabilitation of the Effia Nkwanta hospital and a new regional hospital as well. Within one year, Nana Addo aims to increase the supply of district hospitals by about 40% from 172 to 273 in 260 districts. At least twelve million people will have access to district level referral care in their own districts. The President is also increasing Regional hospital access by some 60% by bumping it up from 10 in all the traditional regions to 16. 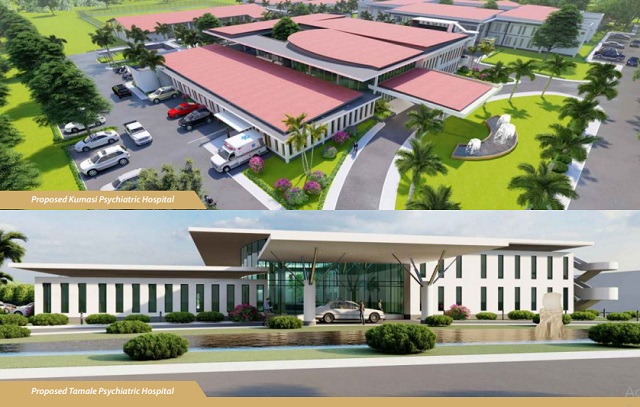 Numbers Game
The numbers and effect of Agenda 111 are quite simply staggering. Let’s start with the investment outlay. Each district hospital will cost the state $16.88 million. With 101 hospitals in the offing the total projected spend will be in excess be $1.7 billion, the largest injection yet into the healthcare sector by any government in our modest history. Each district hospital will get $4million worth of hospital equipment. Government will spend $404 million on equipment with original equipment manufacturers. On the design and build front, the consultants, Hospitals Infrastructure Group have been masterful in their thinking. To be able to deliver all the hospitals at the same time, every site has one consultant, one civil engineer and one quantity surveyor. There will be two electrical engineers on standby when the project gets to the electrical level. In all, there will be at least one hundred and eleven consultants, one hundred and eleven engineers and one hundred and eleven quantity surveyors deployed and relocated to all sites working every day for the 18-month period. There will be a master operations room in Accra receiving daily updates on work progress at all 88 sites. More than 200 contractors are working on the project simultaneously. At least some 8,000 artisans will be engaged by contractors during the period of the construction ranging from steel benders to carpenters and electricians as well as masons.

The real juice is however in the numbers after the hospitals have been built and handed over to the Ministry of Health.

Typically, the staffing norms for a district hospital is between 120 and 150 healthcare workers. These include doctors, nurses, pharmacists, orderlies and many more. These workers run eight hour shifts a day to keep the hospital running for 24 hours. With 101 District Hospitals being built, at least 12,000 health workers are needed to be employed by the Ministry to make the new hospitals functional. These are even the direct jobs. The large informal economy that builds around hospitals is known to be sustainable and buoyant from the waakye seller, koko and kose vendor, fruit sellers many more. All of them come to work on daily basis and earn a decent reward for their hard day’s work. This is the real juice of the Agenda 111.

Naysayers and the Serial pessimists
Sadly, no matter how game-changing Agenda 111 is, there are some people who cannot help themselves to appreciate it even if their lives depended on it. Those people have to oppose it. Alas, there are many naysayers. It is not witchcraft or wizardry. It is just human nature that people will disagree vehemently with the project. Some have already said the President is trying to hoodwink the citizens into believing that he truly has the country at heart. “There is no way this project can succeed. Where is the money going to come from?” The cheese on top of these ‘visionless’ criticisms is “the Agenda 111 is an afterthought”. Eiiii!!!

Throughout history, visionary and transformational leaders from Jesus to Martin Luther King faced seemingly insurmountable opposition lamentations to stop them. The pessimists are also out with their bastardasition. Some have assumed quite wrongly that the project has not been comprehensively thought through. Where are the doctors going to come from? The nurses, the pharmacists etc. This cannot be a well though through plan, they claim.” Well, let the drum roll! All these considerations have been made and there is a plan in motion.

Cometh, the Hour, Cometh the Man
We have indeed come a long way from the Hospital Regulations Fees Act of 1985 which instituted ‘Cash and Carry’ as a policy to shore up the reforms in the economy aimed at recovering from the crisis of the early 1980s. Cash and Carry meant people needed to pay for healthcare when they attended the hospital because government could not shoulder the cost of healthcare alone. Patients needed to pay cash out of pocket or die trying to raise the money. This increased the cost of health, remarkably. Thanks to the National Health Insurance policy by President Kufuor, Cash and Carry got erased form out healthcare conversation in 2005. What is troubling our health care delivery is no longer cost but accessibility. With this audacious move, the President is tackling the binding constraint of access to healthcare across the country. And who says Ghanaians cannot do it? The President said we only want local contractors building the district hospitals. We are not going to waste this pandemic, the President said so himself while preparing his Fellow Ghanaians Episode 8 to the nation on 26th April 2020. “This is a measure of true Ghanaian excellence. In our hands, with the right leadership and supervision, we can do it too and we will cement our place as a true leader on the continent”, said the President.

And so the story will be told; how the boy with big dreams became President and changed the lives of his people for good in education with Free SHS, Manufacturing with One District One factory, Digitalization with the National Identification system and many more.

And now this. The provision of 101 hospitals in the space of 18 months. This is truly the stuff of legend and right before our very own eyes we are seeing the making of the Akufo Addo legend to be shared across the country, the continent and the rest of the world.

Kojo Frempong is a multi-disciplined development enthusiast with keen interest in technology transfer, commercial agriculture, infrastructure finance and development. He is currently stationed at the Ministry of Information, Ghana.