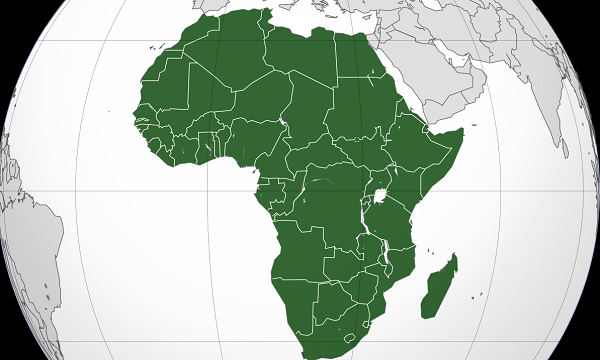 Africa hardly gets celebrated in the international arena in many aspects, even when commendation seems obvious.

As for key areas like health and education, we tend to be pushed to a forgotten corner as if we have been condemned to “nothing good comes out of there”.

It reminds me of a medical Doctor friend of mine practicing outside the country, who once commented that when an African doctor or nurse abroad does exceptionally well at his or her hospital, the achievement is described as okay, but never “great, good or awesome”.

So when the opportunity presents itself and the Region shines and rises above not one, but all the regions of the world, especially in the area of health, it is a time to applaud loudly.

News from the World Health Organisation (WHO) that healthy life expectancy in the Africa Region between 2000 and 2019 recorded the highest increase, greater than any other region in the world, is indeed awesome news. It calls for a loud applause.

Healthy life expectancy in the region is said to have increased by an average ten years per person for nearly two decades.

What then is healthy life expectancy and why should Africa pat itself on the back?

A WHO Report, “Tracking Universal Health Coverage in the WHO Africa Region 2022”, describes healthy life expectancy as “the number of years an individual is in a good state of health”.

In a recent media release, WHO said that even though the region’s new health status is well below global average of 64 years, the point should be made that global healthy life expectancy increased by only five years as compared to 10 years by Africa.

It is important to know what must have accounted for the good performance so African governments can work harder to sustain their gains.

A number of factors that helped in Africa’s success story have been outlined by WHO.

Additionally, the Report also pinpointed the fight against infectious diseases due to rapid scale up of HIV, tuberculosis and malaria control measures from 2005 as measures that shored up the success story of the Africa region.

While the most significant achievements are said to have been in the prevention and treatment of infectious diseases, the dramatic rise in hypertension, diabetes and other communicable diseases are said to have offset some of the gains.

In commending the region for the sharp rise in healthy life expectancy, the WHO Regional Director for Africa, Dr Matshidiso Moeti urged that “the progress must not stall.”

She, however, cautioned that “unless countries enhance measures against the threat of cancer and other non-communicable diseases, the health gains could be jeopardised”.

No doubt the enchanting news of increase in Africa’s healthy life expectancy is heartwarming.

Apart from putting feathers in the caps of individuals living in Africa, the news changes the face of a continent that has been consistently described as “sick” and condemned.

But as was urged by Dr Moeti, the progress should be sustained and not mired.

It behooves on governments in the Region to stay focused, peer review each other and work together and assiduously to sustain the gains.

In Ghana, one is hopeful that the country’s healthy life expectancy would continue to rise, due to the silver lining that one has observed in the dreaded COVID-19 disease. Not long ago, experts highlighted some of the “blessings” that COVID-19 has brought into our lives.

With the education on personal hygiene since the outbreak of the pandemic, the consistent washing of hands and general cleanliness, greater sense of hygiene awareness has been created.

The net effect is the reduction in communicable health diseases such as diarrhoea, cholera and dysentery.

At the same time, because education on the pandemic hammered on risks for diabetic, hypertensive and other non-communicable sufferers, lifestyle awareness has been greater than ever before.

Experts have even said that the wearing of masks has helped in minimising incidents of asthma.

While such healthy practices have come to be adopted as part of our lifestyles, there is some hope that Ghana will rise and the rest of Africa will continue to rise and maintain a lead in healthy life expectancy.

This is even more so as malaria vaccine for children five years and below receive a boost in funding with further extension to some other African countries.

May good fortunes remain our lot in Africa.