A divided nation; the role of state in building national cathedral 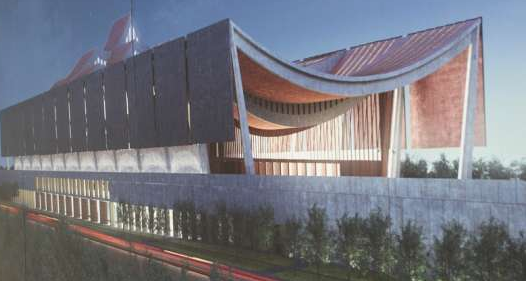 In my observation of conversations dealing with the national cathedral project, I see a nation divided. In all the emerging issues and questions, I am particularly interested in the proper role of the state in such endeavours because how we resolve that question has serious implications for the future.

How did we get here? Two statements from the President are important for my reflection. First, during his speech on Ghana’s 60th independence anniversary, he said: “I have, this morning, cut the sod for the commencement of the building of a national cathedral of interdenominational worship in our capital, Accra.”
Secondly, at the launch of the National Cathedral Fundraising Campaign in 2018, he said: “The building of the national cathedral is to serve as a gesture of thanksgiving to God for his blessings, favour, grace and mercies on our nation, and to give me an opportunity to redeem a pledge I made to Him before I became President.”

The two-fold purpose raised Church-State entanglement issues. Granted, the country is predominantly Christian. I have also often argued that there is an ever-present religious tone in our politics. One just must pay a little attention to our political campaigns, official state events, etc. to see this in full display.

Nonetheless, the State is designed to be a secular one. While the debate surrounding the President’s announcement was intense in the early days, I am of the strong opinion that some of the public sentiments were tempered by the impression that the project would be privately funded, with the State’s involvement being limited to the provision of land. Please see Point 87 in “legal arguments of defendant pursuant to order of Court dated November 6, 2018” in the James Kwabena Bomfeh Jnr vs Attorney General case as filed by the Attorney General. The case was first filed in March 2017 and amended in November 2018.

On November 15, 2018, as the Finance Minister presented the 2019 Budget Statement and Economic Policy to Parliament, he stated: “Mr Speaker, the State is facilitating this process by providing the land, the Secretariat and seed money for the preparatory phase.” This statement represented for me the first turning point and expansion of the role of the State. At the time of the Finance Minister’s presentation of that annual budget, I did not hear or see a specific amount mentioned — later budget statements did not include it either. The specific amount of seed money would only become public knowledge three years later after a Ministry of Finance memo was put into the public domain. The amount stated in this memo left many in shock and utter dismay given current prevailing economic conditions. The public discourse, I feel, has deeply intensified since then and, in my observation, has become even more divisive.

Information continues to find its way into the public domain. The Secretariat of the National Cathedral has had to issue a seven-page press release in response to some of the issues to quell the mounting divisive debates. In all of this, I maintain that the burden remains on the State and its proponents to address the heated emerging issues, especially those relating to governance.

Church & State — Where do we go from here?

In the James Kwabena Bomfeh Jnr vs Attorney General case the Attorney-General argued that “a country that invokes the name of God in its pledge of allegiance and anthem, regularly observes religious holidays as public holidays and grants formal representation on a constitutional body to specifically named religious bodies, cannot be said to subscribe to a vision of secularism that does not permit the government to make reasonable accommodation for religion. It is submitted that secularism in the context of the Ghana Constitution must be understood to allow, even encourage, State recognition and accommodation of religion and religious identity.”

I was quite struck by this argument. But what can be considered “reasonable accommodation” and “permissible” State behaviour and action in such matters?
The Supreme Court dismissed the Bomfeh Jnr vs Attorney General case ostensibly because it saw nothing unreasonable about the State providing land for the project. But since the suit, the State’s role has expanded beyond just the provision of land. Will the State, therefore, pass the reasonable accommodation test upon a second look by the Supreme Court?

I am not against the building of a national cathedral. I am concerned about the very active role of the State and state actors in two ways. First, political — making the public case for the project, and second financial — committing taxpayer’s money to it.

How we resolve this “divisive” issue today will shape how we deal with future Church and State entanglements.

NB: The writer is a Democracy and Governance Fellow at CDD-Ghana.