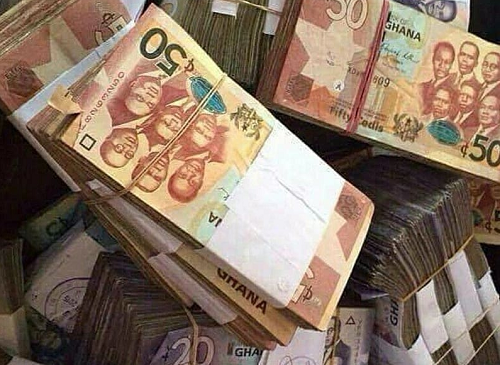 An amount of USD $19 Million was lost to cyber crooks in 1,097 cases reported at the Cybercrime Unit of the Criminal Investigation Department (CID) in 2020.

The figure excludes cybercrime-related cases being investigated in other police jurisdictions countrywide.

In the last five years, a whopping $239,609,224.01 million has been stolen by cyberpunks under numerous schemes with 2018 recording the highest amount of USD $105 million.

The Director of the Cybercrime Unit, Assistant Commissioner of Police (ACP) Dr Herbert Gustav Yankson, has disclosed this in an exclusive interview with the author.

Increasingly, cybercriminals exploit the vulnerabilities of their targets due to the speed and anonymity within the cyber space.

In Ghana, cyber fraud is the most common type of crime within the cyber space; followed by sexual image abuse; and various forms of intrusion ranking third. Let us discuss some few types in order to guard against the prevalence.

The police may be doing their best in fighting cyber related crimes except for some dazzling challenges mentioned in this article.

Lots of people have fallen victim to this type of cyber fraud. In this type, cyber fraudsters hunt for vulnerable persons, mostly women, with the intention to blackmail them. They establish social media contacts which get intimate along the line and promise marriage. Victims are convinced to send nude photos of themselves which are later used to demand money, with threats to publish photos if demands are not met.

In the past, foreign investors who sought to explore business opportunities in Ghana were mostly targeted. However, the trend has extended to local investors.

Basically, this involves the use of deceptive practices to induce investors into making unwise decisions in areas such as gold, cocoa, real estate, sales and others, resulting in huge investment losses. Many times, the returns seem attractive with little or no risk, an indicator of a potential danger. The police would advise the public to be doubtful of investment pitches that guarantee incredible returns in short periods, and ignore undue pressure to make financial commitments.

This involves stealing money from people’s mobile money accounts through deceit. This has become common mainly because of the speed of transaction, huge patronage, susceptible victims, and evolving swindling dynamics in the mobile money space. Considering the gap in failed control systems, the police would advise extra vigilance, being suspicious of everything and interrogating prospects thoroughly before transferring money or committing yourself.

Phishing occurs when scammers trick you into giving out private information for fraudulent purposes such as your bank account details, passwords and credit cards.

This type of fraud became more rampant during the COVID-19 pandemic and its attendant restrictions. During this period, a lot of people were shopping online by e-payments, which required delivery of their items but it turns out to be a sham.

Stranded passenger is when cyber fraudsters take control of your email and send impersonated messages purporting to be coming from known contacts of their targeted victims. Convincing messages mostly indicate that they are stranded in other countries and needs urgent financial support. Communication ends the moment the money is received.

Under sex image abuse, a number of varieties are employed. Sex extortion (sextortion), publication of obscene materials, and child pornography are all forms of sex image abuses. Sextortion refers to using sexual images to blackmail people. It is quite common amongst sour marriages, student-to-teacher relationships, internet established relationships, people occupying positions of trust, etc. In any of these relationships one person has a “hidden pursued intent” to acquire sexually compromising images of the other for future exploitation. It could either be monetary or in kind.

This is when we indiscriminately or deliberately post sexual images of people for the fun of it. The publisher may not necessarily do so with the intention to extort money or favour as in the case of sextortion but gets self-satisfaction in doing so.

This type of crime deals with anything sexually explicit with children. This is not only limited to its publication but the mere possession of any sexually explicit images of a child on phone amounts to a crime. One may ask whether it constitutes an offence if the nude pictures are those of his own child. Well, the law does not differentiate such indecent images but in any crime intention matters, so perhaps the intent to possess may exonerate you.

Intrusion as the third category occurs when criminals attack digital and networking systems of their targets without authority, purposely to steal valuable network resources or data. Example is hacking and data breaches.

Like all disciplines, cyber-related crimes require technical capabilities in dealing with the increasing contemporary threats. Cybercrime investigators, for example, need key skill sets to identify and understand the complex cyber environment to decisively deal with cases under investigation. This calls for constant in-service training to make them useful, which is often lacking.
­­­
High public exposure

The police are dealing with a high level of public vulnerability within the cyberspace. More importantly, the police need not only technical hands but also soft skills to clearly articulate complex concepts to a wide array of heterogeneous public who lack technical backgrounds to create the needed awareness to reduce risks, but this is absent, compounding the challenge.

The world of technology is growing and changing very fast and, therefore, expensive to fight. Technology to fight cybercrimes is either not available or obsolete, making tracing of cases very difficult and expensive.

Due to the borderless nature of cyber-related crimes, crimes committed within cyberspace effectively, sometimes, requires collaborating with relevant regional and global partners for swift information and evidence sharing; this is not easily achieved, which makes it difficult to arrest perpetrators of cybercrime in real-time.

All these and more continue to incapacitate the Ghana Police Service to fight cybercrime effectively.

The writer is with the Police Public Affairs, Volta Region.