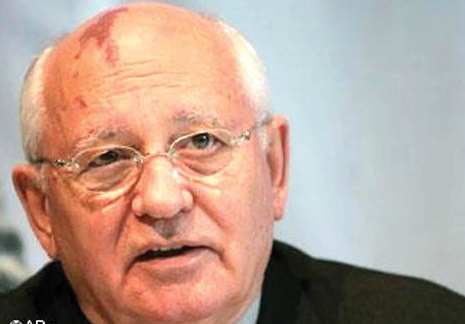 I have been getting really worried about this country. No, not the cost of living and the hike in the price of my eye drops and onions. I was beginning to feel that I was living in a country that was so obsessed with its own problems it had become extremely inward-looking.

The term, inward-looking, I admit to using with some trepidation, knowing as I do what happened to the last person who used the term, but for the moment, I can’t find a better word and so I will stick with it.

As I cleared my throat to tackle the subject of Ghana as an inward-looking country, Queen Elizabeth II died and I have wondered if I should revise this opinion.

Before I get to whether I should revise the opinion, I probably should first demonstrate how I got to thinking we were inward-looking.

It had taken some time to pile up, this uneasy feeling that I have that we are not interested in what happens in the rest of the world, but from August 30 when the news was announced that Mikhail Gorbachev had died, the queasy feeling crystalised.

We pride ourselves on being not just the geographical centre of the world, we claim to be or aim to be the hub of everything in West Africa and the continent of Africa as a whole.

We are home to the headquarters of the African Continental Free Trade Area (AfCFTA). We make a great deal of that, which presupposes, I’d like to think, that we know about the countries on the continent, their politics, their economies, what makes them tick, etc, etc.

I am tempted to but I won’t start from the continental scale to demonstrate how uninterested we really are in anything outside our borders unless it is about the Ghanaian community in a particular country.

Take the countries that are our immediate neighbours - Togo, Burkina Faso and la Cote d’Ivoire - and take any of our newspapers or radio or television stations and see how many stories you can find about anything that happens in those countries.

If there is a story of any kind about these neighbours of ours, it would be culled from the BBC or some other international news agency complete with all the biases and language that we complain the “western media” use about Africa.

No newspaper or radio station considers it important to have a correspondent or stringer in any of our neighbouring countries.

The reporting of the current security situation in the Sahelian and especially our neighbouring countries is done, if it is at all, solely from the perspective of the same “western media” we profess to detest.

I have heard it said this is because our newspapers and radio stations do not have the financial wherewithal to send their own reporters.

I do not buy the poverty excuse; they always find money for whatever they consider important.

Maybe for historical reasons and probably linguistic ones as well, we have always been more connected with Nigeria than with the three countries that are our real geographical neighbours.

Indeed, once upon a time, newspapers in Ghana covered events in Nigeria quite extensively, even when telephone connections were non-existent.

Today, communications are so much easier and distances have shrunk, but our newspapers and radio stations are alarmingly devoid of any meaningful foreign news content.

Maybe our editors believe we all now go online and read or listen to the news from whichever country we want.

Since we make these big claims of being the hub and invite the rest of the world to deal with us to gain entry into the rest of the continent and the sub-region, it would surely be a good idea for us to demonstrate that we have some knowledge of what goes on around us and beyond.

Unfortunately, this limitation of interest to local matters is not a characteristic of only our newspapers and radio stations; our commentators, politicians and dare I say even intellectuals, behave the same way.

My fears were confirmed, or heightened, when Mikhail Gorbachev died and the response to the news in Ghana was dead silence.

Most of the newspapers did not even carry the news about the death of this man, nor were there any commentaries about him.

Not on social media, not on radio, not on television and not in bars and cafes or wherever it is that people gather these days to exchange gossip.

As far as Ghana was concerned, we had far more important things to worry about than the death of a 91-year-old man somewhere in Russia. It did not matter that this 91-year-old Mikhail Gorbachev changed the world.

The people who are powerful in this country and when they purport to speak or write, governments shake, who issue one tweet and policies must change, who know every detail about how Ghana must be governed, did not think Mikhail Gorbachev would be a worthwhile subject of discussion.

Some of them say Gorbachev destroyed the Soviet Union and should, therefore, be a hated figure.

Some tell me they do not know who Gorbachev was and were not persuaded he was someone worth spending time on in the year 2022.

Someone told me I was simply displaying the fact that I am an old woman by trying to make a fuss about Gorbachev.

Even if indeed, he was important some time ago, I am told, I should accept those events have no relevance to the present day.

Our young people have on their minds SIM card registration, corruption in high places, the new iPhone released by Apple and the latest music by whoever is the hottest star.

Am I to understand that people go to school and finish with certificates or diplomas or degrees and know nothing about Perestroika and Glasnost. And if the young people don’t know the subject, what happened to the need to inform and maybe even educate.

Am I being elitist when I insist that a society that found no space for news about the passing of Mikhail Gorbachev is a truly backward society, no matter how many people are on Twitter or how many statements are issued daily about the state of “our democracy”?

And then Queen Elizabeth II died and everybody seems to have something to say about it; should she or should she not be mourned by Ghanaians, Africans, former colonies?