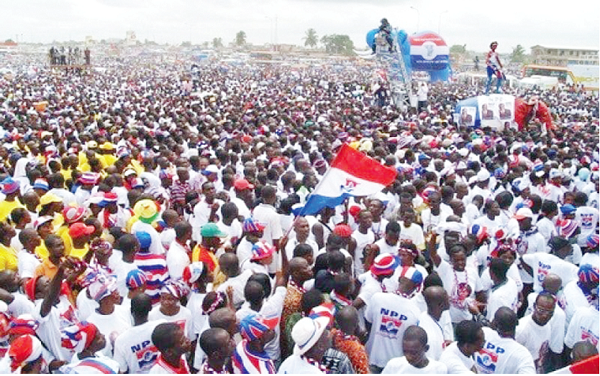 COVID-19 is caused by the SARS-CoV-2 virus, which spreads among people mainly, when an infected person is in close contact with another person.

Some of the guidelines were the observance of social distancing, the wearing of masks, and the washing of hands regularly.

Gatherings were banned, limiting public gatherings to not more than 200 people.

Big political gatherings were a casualty to the new COVID-19 guidelines. Many of the candidates resorted to actively using social media, texting and advertising on radio and television..

Some started house-to-house campaigns to avoid the risk of falling foul of the directives on limited gatherings.

Although face-to-face meetings were discouraged, many of the candidates also organised meetings with small groups of voters at the community level. Others held in-person events despite the risks.

These events were strictly by invitation, observing the safety protocols of wearing masks and ensuring social distancing .

The first casualty, as a result of the COVID-19 outbreak, was the registration process for the national identification card by the National Identification Authority (NIA).

The national identification card, popularly known as ‘Ghana Card’ was one of the identity cards to be used for the voter’s registration exercise.

Without the relevant card, the citizens could not take part in the registration exercise by the Electoral Commission (EC) to get their names onto the voters register.

The ban on social gatherings also affected the planned activities of the EC in its quest to compile a fresh voter’s register.

Though the EC published a time table to ensure that everybody above the age of 18 qualified to vote was registered,  the onset of the COVID-19  disrupted the exercise.

After rescheduling the exercise on two occasions, as a result of the pandemic, the registration took place with all the safety measures put in place. Without a mask, an individual could not be registered at any of the centres.

Also, handwashing facilities were placed at vantage points at the centres. Alcohol-based sanitisers were also supplied.

There was a massive rush for the voter identification card at the initial stages of the exercise, leading to congestion in some of the centres, which in some cases resulted in the non-adherence to some safety protocols, particularly social distancing.

To reduce congestion at the registration centres, the EC introduced a digital queue management system.'

Ghana is a pioneer country in the development, testing and deployment of the PanaBIOS system which is a Pan-African “safe re-opening of countries” technology application developed as part of the African Union’s Open Corridor Initiative.

Ghana’s EC is the first electoral management body in the world to implement a digital decongestion protocol based on a bio screening standard for electoral purposes.

The system, aimed at tackling mass gatherings at the various voter registration centres across the country, enabled applicants to book a slot in a ‘priority queue’ before visiting to be registered.

This came after a series of concerns over the disregard for social distancing protocols during the registration process.

Between July and August, the EC registered 15,117,438 voters through an updated biometric system and tested potential protocols, including the online queuing platform that helped to avoid crowds.

He announced that for the elections, polling stations with more than 700 persons during the voters registration exercise would  be split  into two; A and B  for the 2020 general election to ensure a reduction of the long queues and also to avoid congestion.

The EC also heightened its supervision of the observance of the protocols, with each polling station having COVID-19 ambassadors, whose duties ensured that COVID-19 safety measures — the wearing of masks, handwashing — were observed.

Patrons of political party events flouted the COVID-19 protocols. There were concerns about how supporters of especially, the New Patriotic Party (NPP) and the National Democratic Congress (NDC) disregarded all the safety protocols.

As the flag bearers of the political parties criss-crossed the country while campaigning, they also flouted the protocols with their supporters.

Amidst drumming, chanting of party anthems, waving of party flags, the party supporters hugged, and stood close to each other, with no face masks.

There were no handwashing facilities at party gatherings

The President of the Ghana Medical Association (GMA), Dr Frank Ankobea, expressed the concern that the activities of political parties could become vectors for the spread of COVID-19.

He pointed to the general disregard for the COVID-19 safety protocols, especially during political activities which was alarming.

Ghana, he said, was “not out of the woods yet” and therefore, Ghanaians must keep abiding by the COVID-19 protocols”.

To slow the spread of COVID-19, he said, all persons must practise social distancing.

"We want to minimise the risk of passing on the virus from one person to others," he said.

The National Commission for Civic Education (NCCE) also sensitised the public to the need to strictly observe the COVID-19 safety protocols to keep the pandemic at bay.

The Chairperson of the commission, Ms Josephine Nkrumah, observed that despite stringent measures established to manage the virus, including the Executive Instruments for the mandatory wearing of masks, limited numbers at social and public events, rigorous public education, many Ghanaians disregard the measures.

“Gatherings are without appropriate physical distancing," she said.

The New Patriotic Party (NPP) could not conduct primaries in about 150 constituencies in which it had sitting MPs in April because of the lockdown measures. The candidates, on the other hand, could not campaign in the manner they wanted.

The National Organiser of the party, Mr Sammy Awuku, criticised the development and cautioned party members and supporters to be extra conscious in their interactions at political events.

He said measures had been put in place to prevent the spread of  the virus yet some people who were laden with emotion defied the measures.

“The party provided the handwashing stations and hand sanitiser to help protect our delegates but there is a human element. Traditionally, it is difficult to change but when progress demands change, you will change,” he said.

The National Democratic Congress (NDC's) presidential  candidate, Mr John Mahama, announced his choice of running mate at an event where social distancing was observed. He also took to social media to educate the public on some preventive measures to take in order to prevent the spread of the virus.

The NDC has also submitted a proposal of a national action plan on combating the novel virus  to the Speaker of Parliament and formed a COVID-19 response team.

This report was supported by the Africa Women Journalism Project (AWJP) in partnership with the International Centre for Journalists (ICFJ). 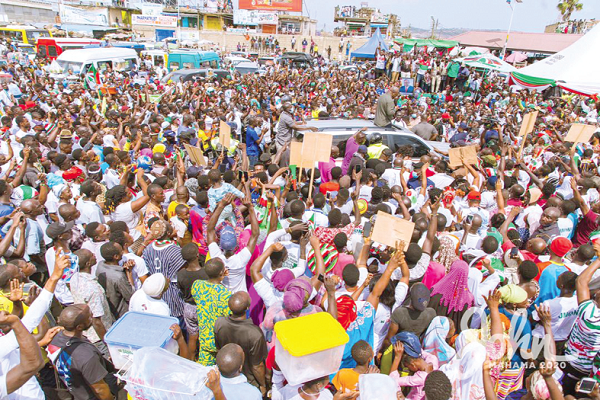