Economic planning in Ghana in the midst of COVID-19 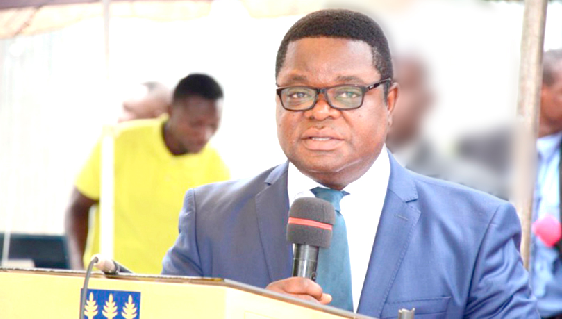 The coronavirus pandemic has exposed the weaknesses in our already short-termism planning horizon and its inability to withstand shocks.

It is common knowledge that every good plan should be developed based on processes that produce better national ownership, accountability with room to accommodate shocks which ultimately produce better outcomes.

Ghana’s development planning processes since independence have been dynamic and peculiar in some respects because the country has gone through intermittent changes in development plans as a result of several military takeovers (1966, 1972, 1979 and 1981) until after constitutional rule in 1992.

The first long term (above five years) plan since independence is the seven-year development plan (1963-70) but was only implemented for three years.

The Economic Recovery Programme (ERP) which was for seven years managed to travel its full term, followed by the Vision 2020, a 25-year plan which also travelled five years of implementation.

Thereafter, all the plans have been very short term, often spanning the political cycle of an administration.

One may ask, to what extent has these plans produced development despite their short-term nature and have these plans been designed to absorb shocks including pandemics and other natural disasters such as the one posed by COVID-19?

It has been argued that pandemics by nature recur and, therefore, countries are to factor them in their planning documents.

Economy in the midst of COVID19

The COVID-19 pandemic has had negative health and economic repercussions on the global economy although governments have provided stimulus packages in different forms to ameliorate the potential risk.

In Ghana, the government has since March, 2020 responded with measures meant to tackle the health dimensions of the crisis while securing the health of the economy.

The global slow down across the rest of the world combined with the local management of the crisis including lockdowns and other restrictions meant that the economy of Ghana was going to record output declines and a possible recession.

First quarter 2020 estimates suggest a fall in national output (4.9 per cent growth rate compared to the six per cent projected) with GDP projected to fall further to 1.5per cent by end 2020.

There was also declines in sectoral performance and a narrowing of fiscal space.

The projected declines in output and the declines in commodity prices is impacting on government revenue, budget deficit and the financing gap which is likely to impact on debt.

For instance, declines in oil and other commodity prices have led to a reduction in export revenue while tax revenue has also declined.

Meanwhile, COVID-19 related expenditure increased and it is estimated at 0.4 per cent of GDP.

In order to make up for the shortfall in revenue, the government sought for external support and received $100 million from the World Bank in the form of short, medium and long-term support to assist the country in tackling the COVID-19 pandemic.

The IMF Executive Board also approved the disbursement of US$1 billion to Ghana, under the Rapid Credit Facility.

In addition, the government benefited from a $1 billion Repurchase Agreement (Repo) Facility from the US Federal Reserve under its Repo Facility for Foreign and International Monetary Authorities.

Meanwhile, further resources are being mobilised to forestall the adverse impact on the social and economic life of Ghanaians.

These funds have been utilised in supporting private sector businesses, provided personal protective equipment (PPE) to hospitals, electricity and water subsidies as well as food to the poor during the lockdown period.

The fiscal stimulus has been complemented with the Bank of Ghana’s (BoG) complementary measures to the private sector. In an initial response to the impact of the crisis on the Ghanaian economy, the Bank of Ghana reduced the policy rate by 150 basis points to 14.5 per cent.

The central bank further announced a raft of measures including:

• Deferment of interest payments on non-marketable instruments with BoG to beyond 2022
• Reduction in primary reserve requirement from 10 per cent to 8 per cent for banks and micro finance institutions. The corresponding reduction for savings and loans companies, finance house companies and rural banks is from 8 per cent to 6 per cent.
• Reduction of interest rate on Ghana Reference Rate by 200 basis points
• Reduction of interest rate on short term instruments by 200 basis points, which saves interest payment by government of up to GH¢300 million
• Lowering of cost for mobile money transactions
• Purchase of a GH¢5.5 billion Government of Ghana COVID-19 relief bond with a 10-year tenor

The above development has impacted on government debt with debt GDP estimated at 59.3 per cent of GDP and projected to increase to 62 per cent by mid-2020.

Whereas capital adequacy ratio is above the 11per cent provided under the Basel framework, NPLs have increased marginally reflecting low credit growth and increased bad debt provisioning.

Despite the concerns about declines in output, revenue challenges and job losses the crisis also presents an opportunity for innovation, import substitution and economic diversification.

It presents opportunity for increasing efficiency and exploring new methods of production of goods and services.

Some key sectors such as Agriculture and ICT and Pharmaceuticals sectors are expected to drive growth to mitigate any output losses.

It is very likely that revenue losses will be recorded thereby widening the budget deficit and leaving a financing gap which is likely to be filled through borrowing or expenditure prioritisation.

Finally, although the country’s credit risk may have increased, it is moderate and within sustainable levels.

Ghana’s development plans have suffered from three major weaknesses, namely, short-termism, truncated implementation periods due to coup d’etats and less resilient to major shocks as evidenced by the COVID-19 pandemic.

This has been exacerbated by the usual funding gaps and, therefore, our inability to save and invest in structures that will help to ameliorate shocks. The following shock resilient planning mechanisms are, therefore, suggested.

First, there is the need to prepare scenario-based plans where revenue and expenditure plans will yield outcomes depending on whether a shock did or did not occur.

This will minimise the surprises and stress imposed on leadership to look for funds to accommodate such urgent request. Such a scenario analysis should also be prepared for the various sectors of the economy.

Secondly, there is the need to stimulate savings by setting up a permanent shock alleviation fund where regular contributions or allocations can be made and invested.

Unfortunately, we have a low savings culture and the level of national savings is about 14 per cent of GDP, well below the threshold of 20-25 per cent necessary to stimulate investment and growth.

Our usual resort to borrowing to finance capital expenditures and emergencies are unsustainable and could impose significant hardships on posterity.

Thirdly, COVID-19 has taught us the need to promote the production and consumption of local substitutes.

When borders are closed and imports are not in the required quantities, it can stimulate local inflation and threaten livelihood.

Thus, diversifying local production and growing the value chain within critical sectors such as agriculture is paramount. A food security strategy where a national buffer is kept with well established minimum thresholds is also necessary at this time.

Last but not the least, there is the need to plan an educational strategy on health, safety and food security.

Finally, it is important to make the preparation and implementation of a long—term plan a constitutional matter.

This will ensure that subsequent governments will not only prepare their short—term plans but align the pillars with the long—term plan.

In conclusion, Ghana needs a long—term development plan which should be a constitutional requirement and made to travel its full term.

Such plans should integrate the likelihood of shocks and have required structures in place to ameliorate any eventuality.

This will forestall the stress such as the one posed by COVID-19 on government.