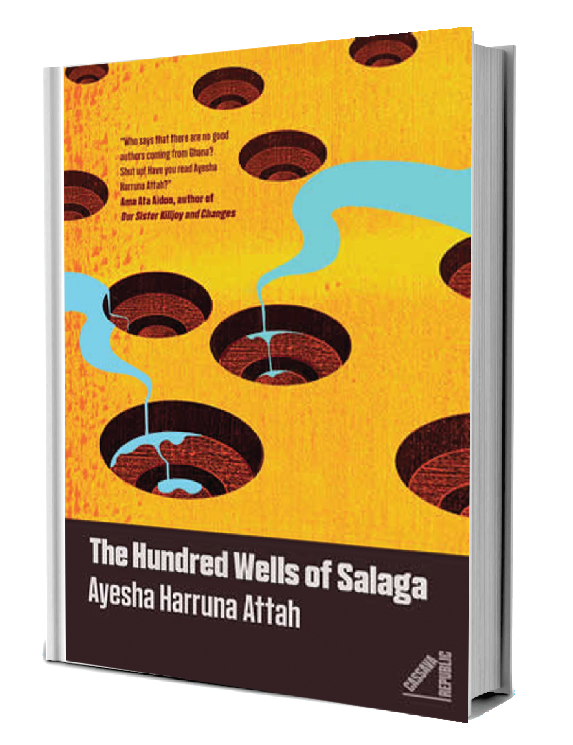 The caravans could come when midnight had cloaked everything in velvety blue.

The only sure thing was that the Sokoto caravans would come well before the end of the dry season.

But now, that had changed,” thus begins the epic tale that is The Hundred Wells of Salaga.

First published in 2018 by Cassava Republic Press, Ayesha Harruna Attah’s novel stands out as one of the first books in contemporary times to tell the story of slavery in pre-colonial Ghana prior to the trans-Atlantic slave trade.

The story provides much needed insight into how the practice existed in the region and later fed into the wider trans-Atlantic slave trade that led to the loss of millions of Africans to the Americas and beyond.

The Hundred Wells of Salaga centres on the lives of two women from different social and ethnic backgrounds whose lives intersect amid political and social change in pre-colonial Ghana.

Through the main characters, Wurche and Aminah, we experience various perspectives of life in 19th century Ghana as the story travels from the royal courts of Dagbon in the north through to the forest farmlands of the south.

Wurche, a feisty princess, daughter of the chief whose reign is under threat, epitomises the warrior women of the time, fighting for her people, her family and her beliefs.

Aminah represents the often-silenced characters in history, the enslaved and seemingly powerless, showing that they too are human, with hopes, dreams and similar struggles with identity and the search for love and belonging as their captors.

Through these two strong female characters, Ayesha takes us on a journey back in time that causes the reader to reflect on how events of the past reverberate into the present, as well as the future.

With this novel, Ayesha firmly establishes herself as one of the continent’s great writers to emerge from Ghana in recent years, a literary force to be reckoned with.

The subject matter and the themes addressed in the novel include, but are not limited to: the practice of slavery, its routes, main perpetrators and victims in pre-colonial Ghana, indigenous politics and chieftaincy in the Northern parts of precolonial Ghana, the place and roles of women in society, European contact and influence on trade and indigenous politics, marriage as a social and political contract, power dynamics in relationships between men and women and love and sexuality.

Who should read this?

This book is highly recommended for lovers of African history, historical fiction, narratives around slavery and stories set in West Africa and Ghana.

Other works by the author

Harmattan Rain was her debut novel and Saturdays Shadows followed not long after.

The author also has a new novel titled The Deep Blue Between which comes out in October 2020.

The novel continues the story of twin characters who previously appeared in The Hundred Wells of Salaga.