No decision to campaign for NPP yet — Barima Sidney 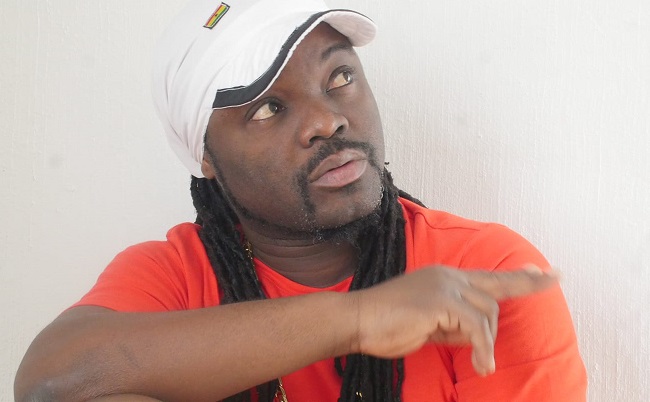 IT will be easy for anyone to say that Hiplife musician Barima Sidney’s allegiance lies with the New Patriotic Party (NPP).

After all, he campaigned for the party in 2012 and 2016 and even released some songs as part of his support.

We are a few months away from this year’s general election but in a somewhat surprising turn of events, the African Money artiste says he has not made a decision yet whether to campaign for the party.

“You know with politics, anything can happen but I have not decided yet. However, I am available to perform for any party who needs my services because I am a musician and need to benefit from my hard work,” he told Graphic Showbiz in a recent chat.

In spite of his indecision, Barima Sidney said the NPP had delivered on its promises and he had not regretted campaigning for the party.

“In 2016, the NPP promised a lot of things but three things that convinced me to follow them were Free SHS, One-District, One-Factory and Planting For Food and Jobs which they have successfully delivered. I personally came out in 2016 and that was a decision I lived with all the time and I have never regretted it,” he said.

Barima Sidney also said it was wrong to tie an artiste to a political party because he or she had mounted a political platform.

“First of all, the musician is a businessman and has to survive. There is nothing wrong if he performs for NPP and performs for the NDC the next time.

"If that musician is seen wearing a party T-Shirt and campaigning for a particular candidate, that is when he or she can be tagged with that particular party.

“If the NPP comes today and they need my services, I will perform for them just like the NDC. With the NPP in power, I don’t think they will be comfortable if I sing African Money because it won’t favour them but I have other great songs I can perform for them,” he said.

When the conversation moved to music, Barima Sidney said he had not tried managing any other artiste despite his success because he doesn’t really have time for that.

“With signing other artistes, you need to have time and properly manage the artiste and I don’t have time for that at the moment,” he said.

Barima Sidney is known for songs such as Scent No, African Money, Efuru Ponkor, Colour TV, Who Born Dog, Enko Yie,Time Aso among others. He disclosed that he planned on releasing a new single this month.