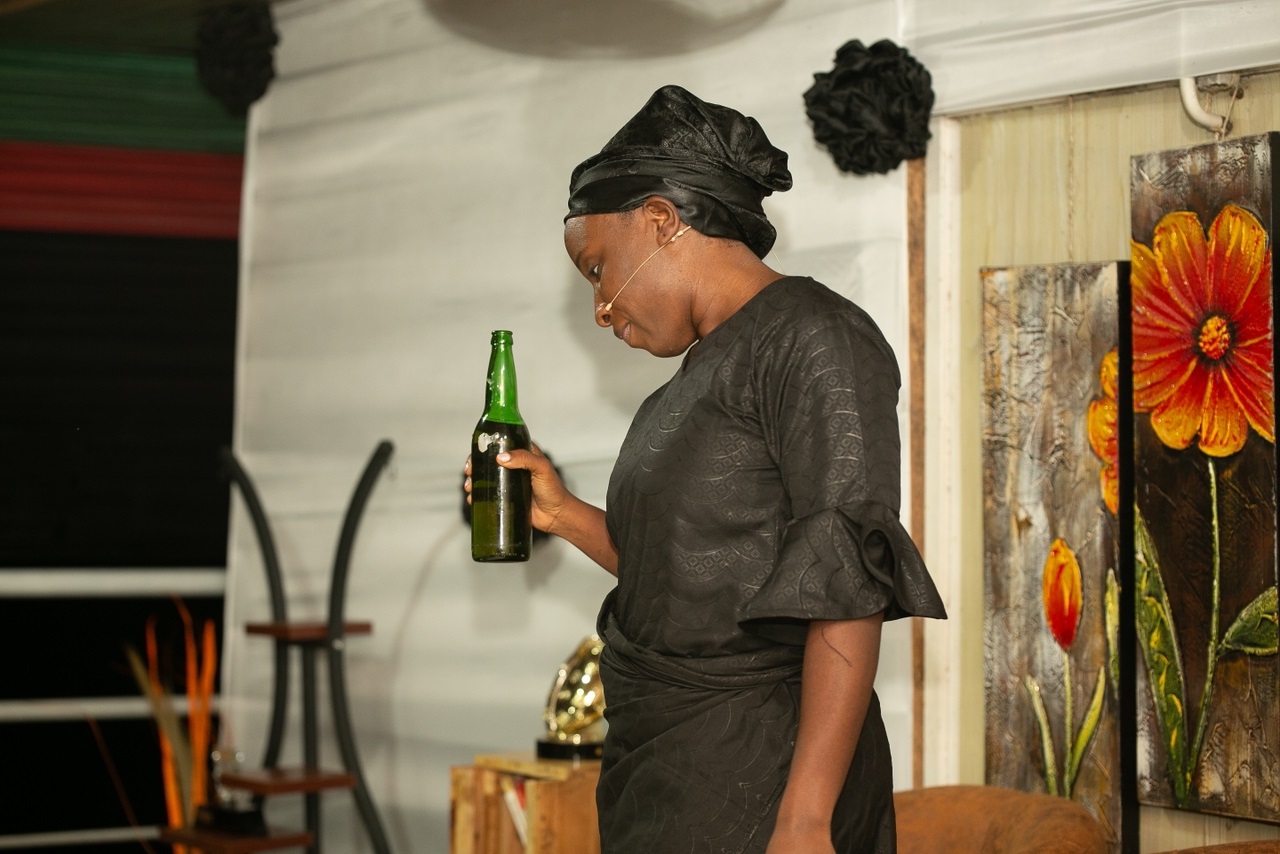 Seasoned actress, Naa Ashorkor, combined wit and humour, elegance and craft as she staged a one-character performance at the “theatre on cruise” event last Saturday night.

Aboard the MV Dodi Princess II, she carried an excited audience on the cruise trip of the "Five Hours with Mario" play, delivering a spellbinding one-cast show that left her patrons laughing, clapping and cheering her on.

The two-hour delay in boarding the cruise boat to watch the third edition of "Five Hours with Mario" play had irritated patrons, but once the versatile actress took the stage, it turned the murmurs into laughter and applause.

The play, an adaptation of a Spanish novel, tells the story of a woman who loved her husband but was never happy in her 20-year marriage to him because of how Mario, her husband, treated her and the children in the marriage.

In the wake of Mario's death, when she was supposed to mourn her husband who had been laid in state, she waited till nobody was around to narrate why she would not mourn her late husband.

While taking in beer and a “gari foto” dish, and intermittent music, Naa Ashorkor, playing the widow, did justice to the role.

Her performance was combined with live band music, music from the sound system on board the ship afloat the Volta Lake in the able hands of Captain Johnson Gariba, a veteran pontoon captain with 49 years of experience.

An earlier dinner and boat ride ahead of cruising on Dodi Princess were enough to assuage the disappointment of patrons for the long delay before boarding the cruise ship, which organisers attributed to event over-subscription.

Patrons, in separate interviews, said the great performance had compensated and paid for the delay.

One of the patrons, Lucky Ameko, said he was happy and excited with the performance.

Another patron, Sondra, described the event as exciting and commended Naa Ashorkor for her excellent delivery.

The Chief Executive Officer (CEO) of the Medi Moses Prostacure Centre, Dr Moses de-Gaulle Dogbatsey, who was at the event with his family, also described the experience as exciting.

"It was okay, and I enjoyed it," Esinam, another patron, said.

The CEO of Globe Productions, Latif Abubakar, said he usually addressed patrons of his shows after the programme, but this time around he had to do it before the performance to apologise for the unusual delay.

He explained that his outfit had a large number of people coming at the ninth hour wanting to patronise the show, but because of security and safety reasons on the ship, they had to find a nice way of turning them away.

"We had a large number of people who came but we could not accommodate them.

"They were trying to push us but we stuck to security and safety and found a way of managing it," he said.

Mr Abubakar told the Daily Graphic later that the ship took 150 persons, but they had more than 50 extra persons coming.

He was, however, glad that the programme was a success and people were happy and even wanted more of the fun.

The event was a collaboration between Globe Productions and the Spanish Embassy.

Mr Abubakar added that the embassy thought the novel was interesting and wanted Africans to have a feel of it and so reached out to him for a partnership.

Having staged the event for the third successful time, he said his organisation would take it international and that very soon it would be staged in Nigeria after which it would move to Spain and then other European countries.

Mr Abubakar said the play helped people to carry out a review of their lives.

Globe Productions has to its credit 18 full plays, with over four million audience base across the world.

The company has worked with many local and international firms to write, direct and produce social or health-oriented plays.

Some of the plays that have come from its stables focused on team building, peaceful elections, road safety, AIDS and child trafficking.