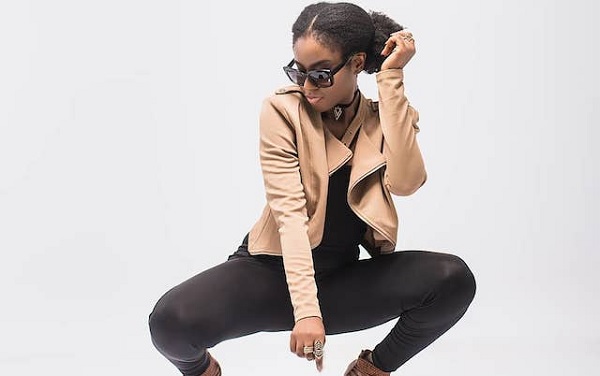 If singer/composer, MzVee were a visual artist, she could be considered as one of the most versatile at self-portraits due to the way she has consistently peeled away at her nature and character through her lyrics.

Self-portraits in the hands of a contemplative artist, can be meaningful, cleverly wielded self-assessments.

They evoke and reveal how the artist chooses to be seen by the public. They pull viewers in to pay stern attention in order to better appreciate the artist.

MzVee tackles the lyrics in ‘Baddest Boss’, her latest single featuring Mugeez which was released last week, in a similar way.

In the song, she shows herself off as a capable, confident, independent -thinking woman.

The voice in there flaunts her ability to cater for herself and would not be talked into a relationship by a man who professes to have the key to her happiness.

Some people wondered why she popped up in the middle of last year with her ‘Stand Red’ programme at the SOHO Bar and Restaurant at Airport City. That was an occasion for her to encourage women to stand up for themselves and one another and always have the pride to follow their dreams.

So her current song is just an affirmation of the issues she raised at the ‘Stand Red’ encounter.

‘Baddest Boss’ is the third single she has put out this year.

The first one at the very beginning of the year was ‘Sheriff’. It dropped after about a year’s lull in active shows and other public engagements.

In that piece, she talks about the new sheriff in town who will not ever back down on what she wants to achieve.

It is a bold track that says she will keep pushing on till the end and that everything depends on her will to reach her goals.

An important point in ‘Sheriff’ is that though people think what she’s engaged in is just about a pretty face, it is really more than that. It is also about intelligence and determination.

Her second 2020 single was ‘Who Are You’ in which she clearly asserts her dislike for men only out to ‘do’ women and escape.

Her staunch stance in the piece is that women should not be impressed by ‘players’ who only want to flaunt cash, have an affair and get lost.

MzVee had long before this year, sang about several morale-raising issues for girls and women.

In ‘Natural Girl’ , for instance, she sings about the need for women to be comfortable with their God-given selves and not fall for other people’s opinions of what makes them beautiful.

In ‘My Time’, she doesn’t mince words about the need to be forceful and strong-willed to achieve goals.

She is definitely a young artiste who knows that the best way to influence her listeners is to encourage them to be positive about themselves all the time.