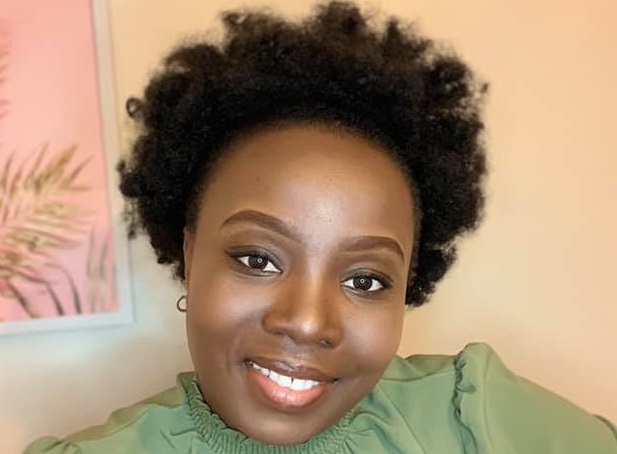 Janet Owusu, the wife of Kingdom FM presenter Nana Yaw Sarfoh has reacted to her husband's statements about their divorce.

According to her, the marriage was an abusive one and she was compelled to leave their matrimonial home.

Nana Yaw Sarfoh told Graphic Showbiz last week that he hadn't seen his kids in over two years because his wife had taken them away.

He said his wife had left their house last year over some issues and had filed for divorce adding that all his attempts to get them to resolve the problems had failed.

However, in a comment on the Facebook page of the Daily Graphic where the story was shared, Janet Owusu said she left because the abuse in the marriage became too much.

Nana Yaw Sarfo and his wife in happier times

“I left when I couldn’t bear the abuse, especially as I was pregnant. I left so I can have my peace of mind and deliver safely. I made several attempts to resolve our issues but he wasn’t ready (ask Kofi Oduro, Kaboo, Kwame Kyei, and even my family members) because there were numerous girls sleeping with him.

I won’t trade my wife for anything - Nana Yaw Sarfoh

"SO herbal, Kuukua (Kim), Maame Afia Asantewaa Smith, Theophilia etc. He told me, he has been advised to forget about the children because he can give birth any time, he told me I should write a letter to him before he allows me back into our matrimonial home, he told me I will suffer in the UK so I come back crawling at his feet,” she wrote.

According to her, Nana Yaw Sarfoh, who hosts Ghana Be Yie on Kingdom FM needs the public sympathy and support and said he could see his children any time he wanted to.

“He has already promised marrying someone as that was his mother’s final message to my family when they went home to see her. She said her son has already moved on and there’s no marriage between us, If I wait I wait in vain.

"That is why I filed for a divorce and he accepted quickly but he can call the kids on my mum’s phone if he wants to and can see them when he’s ready. I have nothing against him, I’ve just learnt my lesson,” she stated.

When Graphic Showbiz got in touch with Janet Owusu, she declined to comment saying she would when the time is right.

Below are her comments on the Daily Graphic's Facebook page.