ACTRESS Lydia Forson may be bagging another award in the coming weeks after earning a spot in the Best Actor Nigeria/Ghana category at the upcoming Burkina Faso's SOTIGUI Awards to take place in November this year.

The good news which Lydia shared on her social media pages on Tuesday, September 13 comes after the Perfect Picture actress had earlier announced her nomination for Female Movie Star Of 2022 at the Africa Choice Awards this year.

Lydia was nominated for her role in Borga, a film co-directed and written by Eugene Boateng  York-Fabian Raabe.

She will be competing against Nigeria's Funke Akindele and Chukwujeku for the award. 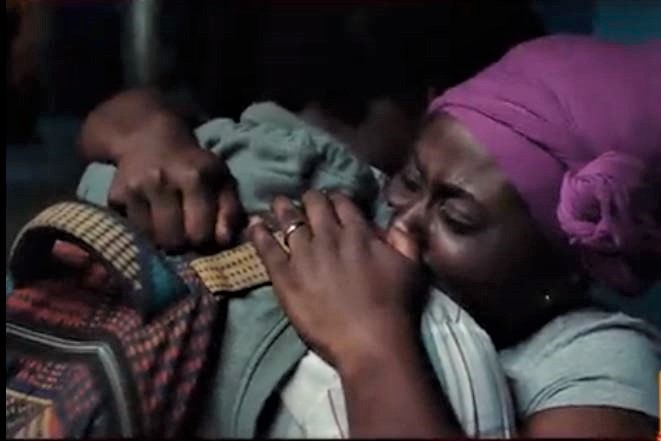 A scene from the movie

Lydia plays the role of the mother of Kojo, a young boy who travelled to Europe in search of greener pastures but is forced to engage in illegal drug business to satisfy the huge demands of his family back home.

Lydia’s acting prowess has not been in doubt since she earned her first role in Hotel St. James in 2005.

She continued to win lots of admiration in a number of movies including Scorned, Perfect Picture, A Sting in a Tale, Phone Swap, Masquerades, Keteke, and Sidechic Gang.

Lydia Forson works have gotten her some awards such as Best Actress in a Role at the 2010 African Movie Academy Awards (AMAAs), Best Screenplay at 2012 Ghana Movie Awards and Best Supporting Actress at the 2018 Africa Magic Viewers’ Choice Awards.

Lydia Forson is high in hopes on grabbing the trophy for SOTIGUI Best Actor Nigeria/Ghana award when the event finally comes off at Canal Olympia Yennenga in Ouagadougou, Burkina Faso.

This year’s award ceremony is a partnership with the Pan African Film and Television Festival of Ouagadougou (FESPACO), Burkina Faso themed, “ Promotion of actors-comedians of African cinema and the diaspora facing the challenges of digital”.