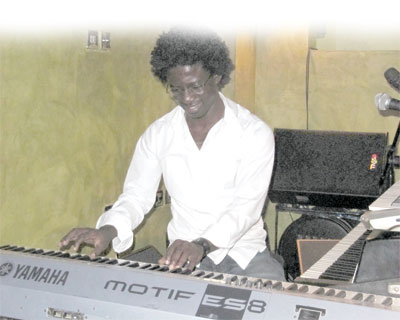 The Ohia beye Ya (ObY)  Band, led by multi-instrumentalist Kwame Yeboah is at last ready with its first single titled Only You.

Managed by Emily Everett, the ObY band is a busy, dynamic  outfit and has been part of  major  events  like  Sarkodie’s Rappaholic show,High Vibes Festival, Red Lipsticks Show, Hugh Masekela in

Fans have been eager to hear the band’s own recordings and Ms Everret told Showbiz they are all happy to let the public hear the first of the singles recorded by the group.

Osei and Moise Lawry on drums and David Agbobli on  lead vocals.

Kwame Yeboah who produced and mixed Only You  at the Mixstation Ghana studio, is currently on tour with British R & B sensation Craig David. He is expected back in town early next week for promotion of Only You to take off.