I want to project modesty in pageants —Aiko 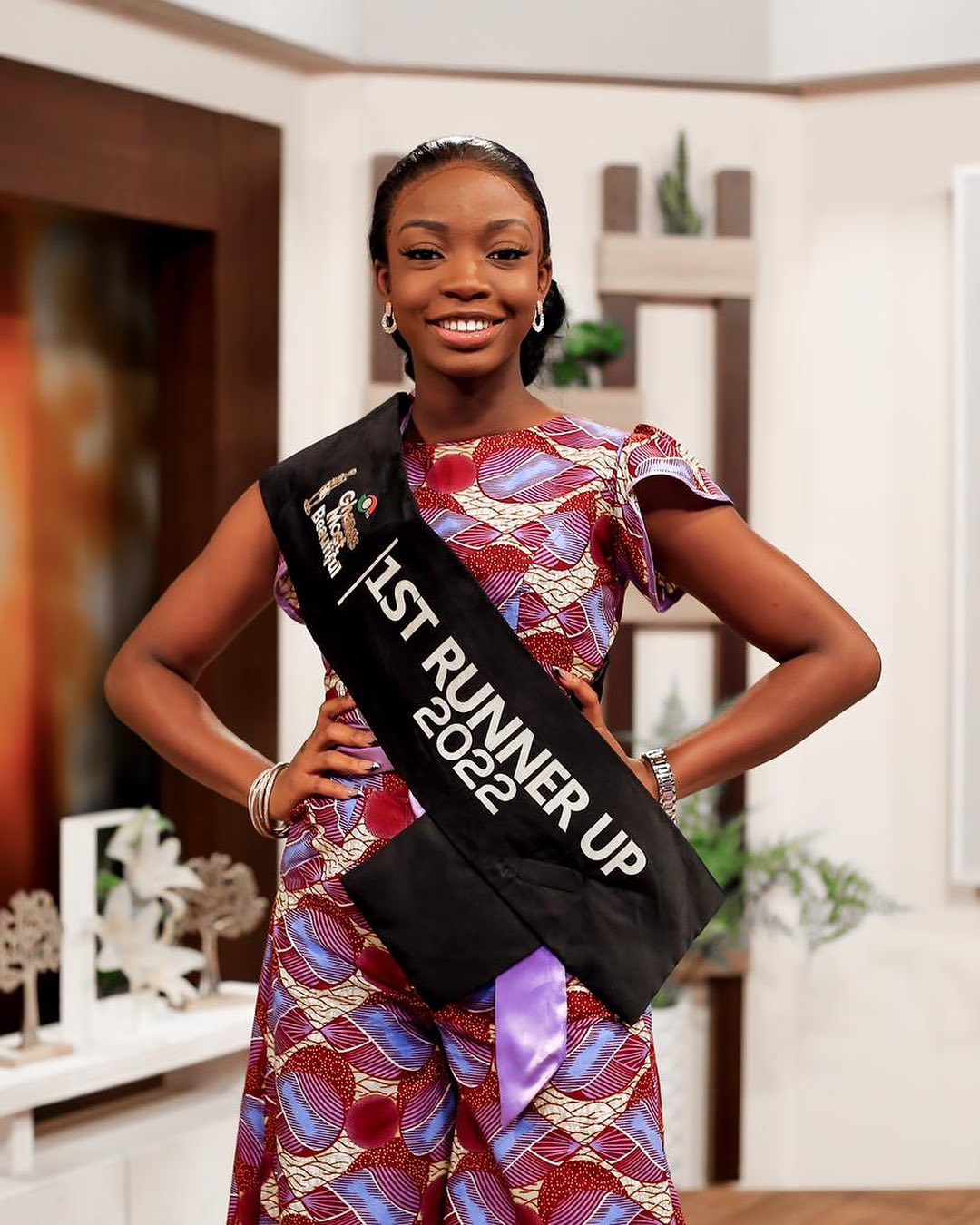 First runner-up for Ghana's Most Beautiful (GMB)2022 pageant, Glory Efua Aiko Adade popularly known as Aiko, has said her journey as a beauty queen is focused on presenting herself as a hybrid of modesty and humility in the pageantry space.

While there were misconceptions that young women who contested in beauty pageants were morally loose and lacked dignity, she is poised to clear the poor image with her lifestyle and qualities.

In a recent interview with Graphic Showbiz, Aiko said, “I think there are those who would continue to view pageants as a place for girls who are weak and who are not morally upright. Even though there are certain parts that are true, I want to create a brand that will dispel this perception,” she said.

She further noted that she would stick by her principles and guide people to understand that women can be beautiful without conforming to perceptions. And that young ladies should maintain their principles and resist peer and societal pressure.

“If our young females spoke out for what they believed in and looked out for competitions that represented their ideas, we would make progress in battling this misperception and changing the narrative,” she added.

Speaking of the projects she has been working on since she participated in GMB, Aiko said she had been focused on raising awareness of rabies, a contagious and fatal viral disease of dogs and other mammals, transmissible through the saliva bite to humans and causing madness and convulsions.

She explained that even though the disease is deadly, much education has not been done about it.

“As the National Rabies Ambassador at the moment, I am fervently trying to raise awareness. Since it rarely receives attention, I will continue to collaborate with the necessary parties to inform the public,” she stated.

Sharing her aspirations with Graphic Showbiz, Aiko hopes to take part in international pageants to create a strong brand for herself.

When asked if she would make a decision soon, she responded she was considering finishing her six-year Doctor in Veterinary Medicine Programme at the University of Ghana, Legon, which she had to defer because of GMB.

“Even though I have no regrets deferring my programme for a year, I'm looking forward to finishing this phase of my education so that I can concentrate on assuming the global stage soon,” she said.

The 20-year-old queen has also been enstooled Katise Okparogo Bonyi Nwola Aiko I, a Development Warrior at Akpafu Odomi in the Oti Region and she hopes to inspire a generation of bold and outspoken women.