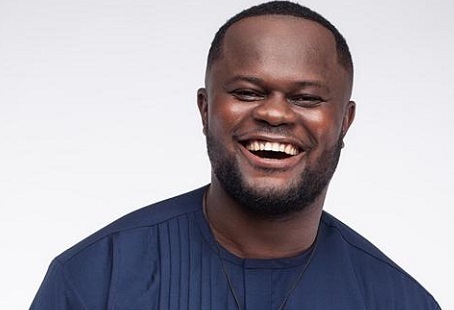 Relevance is one major thing that means so much to most celebrities and they do all they can to ensure that they remain in the minds of people for a long time.

However, for Gospel musician Cwesi Oteng, relevance means nothing to him; rather, he prefers to be excellent at what he does.

He made this disclosure in a recent interview with Graphic Showbiz saying, “I have been here since 2010 and I am still maintaining my ground of excellence and relevance in my own way. New things come, people jam to things that they find relevant to them but it is not written anywhere that I should be in their faces every day.

“Like I said, new things come but my relevance and impact in the creative arts industry cannot be replaced. In addition, I have been around since 2010 when I started getting the recognition. My works are exemplary and they speak for themselves.

“It’s like asking Daddy Lumba why he isn’t everywhere with Kuami Eugene. It depends on how people want to look at it but I don’t think that my essence is not relevant in today’s Christian music. Anyone who wants to have a taste of my relevance is welcome,” he stated.

Cwesi Oteng released a single titled All About You featuring MOG about five months ago and somehow it didn’t do too well, but he says he is not worried.

“These things happen, it could be due to the COVID-19 pandemic but I can’t really tell. Whatever it is, I am not worried at all.

“That idea that if your work is not on top of the charts it means you are not relevant is neither here nor there because if you look at my works, they are excellent, top class and great and that is what I am talking about.”

“I believe that people also deserve a chance. I mean wherever anybody is today, I have been there so I don’t envy anybody or wish that I was topping the charts. If you want to see my works, google them and you will see excellent and amazing work,” he said.

Giving his thoughts on whether Gospel musicians should be paid by churches, Cwesi Oteng said the notion that there should be no payment for performing in churches was no more.

“That notion is no more, there used to be a time when it was so but now it is up to the musician to decide what to do. It is clear that some are doing this professionally so you don’t expect a professional to pass through and the church will just say thank you.

“It used to be like that in the past but now you can’t get an artiste without the right administrative diplomacy,” he added.

He also indicated that he saw nothing wrong with Gospel artistes collaborating with secular acts as long as it was of benefit to the society. When asked if he would do a collaboration with secular artistes he answered, “Why not? These are beautiful people and if there’s any opportunity to do something with them that will benefit society, why not?”

Cwesi Oteng also shared how he felt when he hears about marriage problems of Gospel artistes flying all over social media.

“They are human just like everyone else, my respect for people during difficult times does not change. When they are flying high, you may think that all is well but they may be doing that amidst a lot of difficulties.

“Very immature people treat such people with disrespect when they are going through difficulties but as far as I am concerned, it is life and such things do happen,” he concluded.