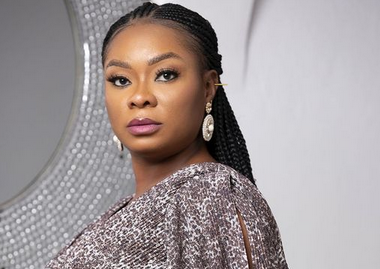 For many outside the world of fame, celebrities should have a tough skin to handle both positive and negative criticisms since they are public figures, and should not take opinions personally, especially the unsavoury ones.

That, probably, may be the convictions of internet trolls who have made it their ‘official’ assignment to be on the case of public figures on social media most of the times.

But while trolls seem to enjoy the attention that comes with deliberately provoking popular persons on social media, actress Beverly Afaglo is asking such people to take into consideration the mental health of celebrities.

In a chat with the Daily Graphic, the Agency actress, who has had her fair share of the “poisonous bites” of trollers, said it was a sorry situation that people cared less about the feelings of celebs.

“Celebrities are not demigods. We are also flesh and blood, just as every other person, and the negative things people say to us, in the name of trolling, badly affects us. Some people say it comes with being a celebrity or it comes with the job so just as you enjoy the positive side, accept or live with the negatives too, but it’s not that easy because we are humans.

“Sometimes, I sincerely want to know why these people, who sit behind their computers or use their phones, feel when they insult or make derogatory remarks about others on social media.

“I always say that should the tables turn and they find themselves in our shoes, will they be able to take what they throw at us?” she said.

The term ‘troll’ is an online slang refering to someone who maliciously harasses, attacks or cyberbullies others. They might take your words out of context, spam you with offensive content or even engage in racist, homophobic, misogynistic, or otherwise hateful rhetoric.

She explained that the latter is often rooted in a generalised opinion about stars, their privilege, and then, of course, attention-seeking jealousy and personal amusement.

“The times that we live in seems to be defined by celebrity abuse, directed to them via social media. There is just no escape from trolling and the worst part is that people today need no reason to peddle hate, especially at celebs.

“I have come to accept the happenings and I’m getting used to it. But what I won’t accept is when trolls drag my family into it. It really hurts me when my family, siblings, children and husband are dragged into that kind of mess.
“Yes, my husband is also a celebrity but when trolls feel they want to be on my case because of an issue that has happened, I would very much appreciate if my family is left out.

“It is really psychologically draining to watch your family being subjected to public ridicule and insults just because you are a popular figure and people feel entitled to be part of your life.

“I’m the one in your face. So, do whatever you want to do with me just don’t attack my family, children and siblings,” she added.

Apart from Beverly Afaglo, a number of celebrities, especially females, have publicly expressed their mental battle with trolling.

Last month, actress Gloria Osei Sarfo was the toast of trolls who used unprintable words on her after she posted a picture of herself without makeup.

The likes of TV personalities such as Serwaa Amihere, Nana Aba Anamoah; singers S3fa and Wendy Shay, as well as Lydia Forson, among a host of others, have been subjected to the ‘attacks’ of social media bullies who sometimes succeed in luring them (celebs) into combative argument.

While some celebrities choose to ignore the trolls, some who have developed tough skins don’t relent in responding to their trolls in equal measure.

For Beverly, clapping back at these keyboard warriors was a means for her colleagues to defend themselves.

Beverly Afaglo made her acting debut in the early 2000s and has since endeared herself to movie lovers for her roles in Terminus, Unchartered Path, Single Six, The Return of Beyonce, Aloe Vera, A Northern Affair, The Game, Hotel Babylon and Crime to Christ.
In 2010, she was nominated for Best Actress in a Supporting Role (English) at the Ghana Movie Awards. She is also a recipient of Terracotta Awards (Nigeria) for Best Actress in Comedy in 2010.

Speaking on the state of the Ghana movie industry, the mother of two said she doesn’t subscribe to the perception that the industry has failed.

“Of course, the way we used to do our things, including going to the cinemas or selling CDs has changed with the advent of digital and streaming platforms.

“We just need to vigorously promote our works on these platforms so that people get to know of what we are doing. I believe we will overcome the challenges,” she stated.