Frimprince ‘breaks up’ with Diana Asamoah after 20 years

AFTER two decades of blessing the world with good music, the executive producer of Diana Asamoah, Anane Frimpong popularly known as Frimprince has parted ways with the award-winning artiste.

The news comes as a shock to many people as the two seem to have had a cordial relationship for over two decades of their working relationship.

Frimprince announced the termination of his contract with the gospel singer in an official letter dated August 4, 2022 which he posted on his Facebook page today September 14.

Diana Asamoah, Uncle Fiifi in a tussle over who owns gospel song

The letter contained some terms of the contract termination which included the takeover of some of her social media accounts.

Also, all the digital platforms of Diana Asamoah have been seized including her Facebook page.

She will no longer have the right to own nine of her popular songs produced by former music executive, Anane Frimpong. 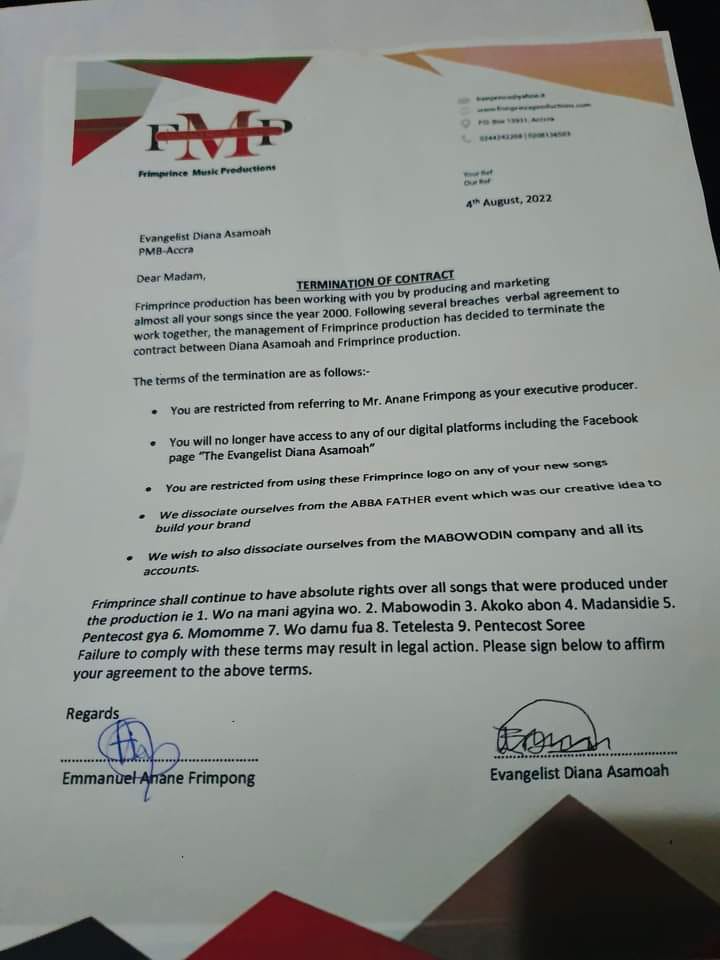