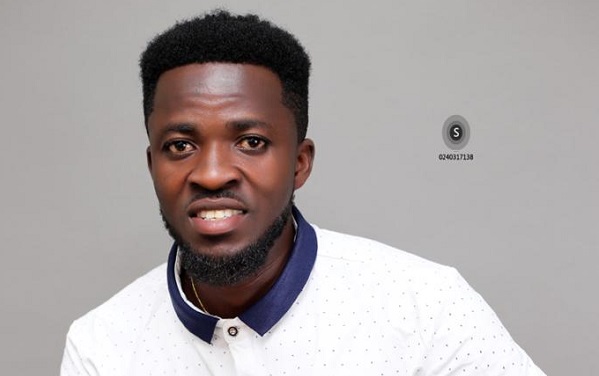 The song, rendered in mostly Twi and a bit of English talks about the greatness of God, how He is in charge of the heavens and the earth and everything within them and how very mighty God is, being the beginning and the end of creation.

“Though I have a number of singles out, Alpha and Omega is very dear to my heart. I really took my time to write it and work on its release. The song just tells you how great our God is being the master of all things and the beginning and the end of all things,” Emmanuel told Graphic Showbiz from his Kumasi base.

“I am super excited that it is finally out and it is my prayer that anyone who listens to it will be blessed abundantly and the good Lord will meet them at the point of their needs. I released it only two week ago but already it is receiving appreciable airplay in Kumasi and its environs.

“My heartfelt gratitude goes to all radio presenters in Kumasi for the good work they are doing and also to my family for their immense support throughout my career. I really appreciate everyone who has been supportive of me from the beginning till date.

Emmanuel used the opportunity to give his thoughts on the current gospel music industry and this is what he had to say, “we are not doing badly at all, the kind of gospel music being released these days are top-notch and of very good quality and gospel musicians ought to be applauded for this.

“However the practice where churches refuse to pay us for performing should be look at again because so much goes into what we do right from production stage to the final product and even preparing for performances so the churches should take all these into consideration and pay us. It may not be much but a token is better than nothing at all,” he said.

Emmanuel Opoku Appiah is a member of Church of Penticost, Kumasi Abuakwa. Some of his other songs include Ewurade Ye Ohene, Praise Him, Kasa, Halleluya and Som No.

He is currently working on his debut album but says he will release a few singles prior to that to whet the appetite of his fans, “the album will be very powerful and I am optimistic that Ghanaians will just fall in love with it, no two ways about that,” he concluded.