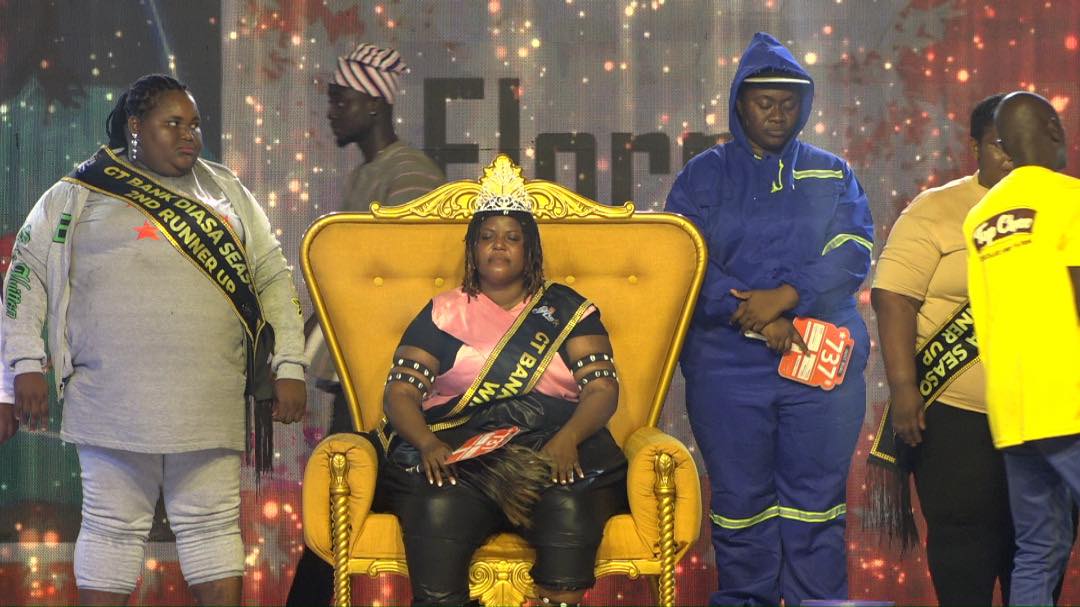 Elorm (Middle) and her Runners up
30.5k Shares

For her prize, she took home Hyundai Elantra, a cash prize and products from sponsors.

Gladisco grabbed the second position, while Popinge took the third spot in an exciting contest.

The first runner-up took home a Mini truck (Aboboyaa) and products from sponsors and second runner up took a tricycle, a cash prize and goodies from sponsors.

The event which was graced by chiefs and people from the sixteen regions of the country started with a performance from spoken word artiste, Adutwumwaa.

Right after her performance, the 20 finalists took turns to demonstrate their aesthetics and knowledge of their respective traditional dances.

The performances covered Agbaza, Adowa, Kete, and Bobobo, amongst others with fitting costumes to match.

After the first stage of performances by the 20 finalists, five contestants were shown the exit leaving fifteen who battled for the coveted prize.

The 15 were further trimmed down to the final five through various stages of performances and evictions.