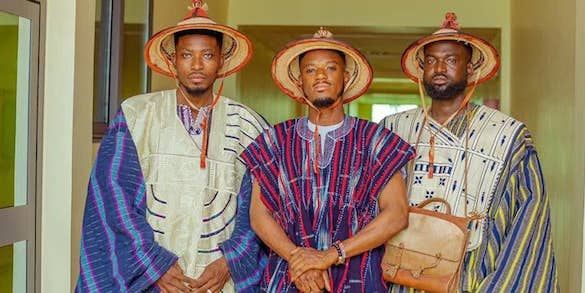 MUSIC trio, Rockcity Bongo is not happy that event organisers select popular artistes from the Northern Region to perform at events held in their region.

According to them, the practice was an affront to the development of talents in the region.

The group mentioned that the situation, which was affecting the confidence of artistes from the Upper East, should be addressed at a time when Northern region artistes such as Fancy Gadam are headlining sponsored events in the region.

“No artiste from the Upper East Region will be given the chance to headline or even perform at an event in the Northern Region. However, ‘foreign’ artistes are always brought here to perform when we also have talents who can equally match up to the task.

“We are bringing this issue to light because last weekend, Guinness Ghana through its Bright House campaign held an event at Bombs and it featured no artiste from the Upper East Region.

“Meanwhile, the Bright House campaign has been touring the country and in every region, talents from that region get to perform. They were in the Northern Region recently and had the likes of Fancy Gadam performing.

“Why should that of Upper East Region be different? If the goal of the project is to support talents from the various region, then the home artistes should be given the chance to prove themselves,” they stated.

Rockcity group is made up of Joe Mills, Kurt and Kruukeka, The group has earned lots of recognition for their creative blend of rapping in their native Gurune language, Pidgin and English.

The group had their breakthrough with the song, Sagl3, which earned them a high ranking position in the Upper East Region. They followed up with other songs such Beer featuring Lil John and Bolga Girls.

They said their plan is to promote their music outside the regions in the North. As such, they have started a tour in Accra.

“The music industry is getting competitive each day and so it is not enough to be local champions so there is the need to expand your fan base. As a group, our goal this year is to promote our works outside our region.

“We have what it takes to shine everywhere, all we need is support. So far, the reception has been encouraging,” he added.