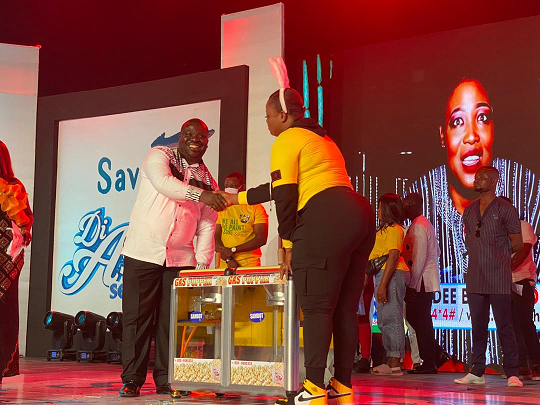 Dee Baby, a contestant from Tamale in the Northern Region has been crowned the winner of the television reality show, Di Asa Season Four.

She surpassed all 14 finalists and emerged winner with her dance skills and votes during the grand finale of the show at the Grande Arena-Accra International Conference Centre on Monday.

She was given a brand new Hyundai Accent, a popcorn machine from Sambot Industry, a cash prize and other prizes from the sponsors of the show.

Fafa also came second in the award-winning competition and was given a brand new Mini-Truck (Abosey Okai Macho), a cash prize and prizes from the sponsors of the show. 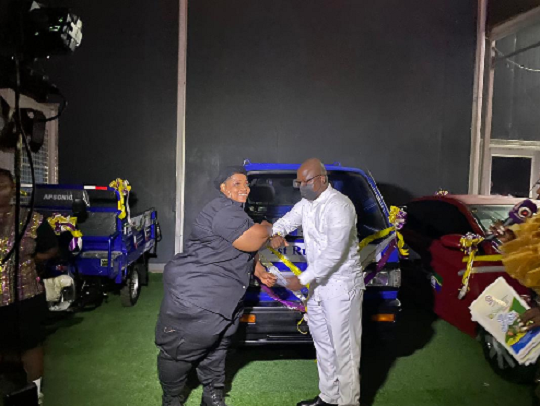 For the third position, two of the finalists had the same marks after votes were collated and that of the judges were also added thus Maame and Naa Dollar secured the third position and both were given a tricycle (Aboboyaa) respectively and other prizes from the sponsors.

The fifth position went to Amonor who also had a cash prize and products from the sponsors.

All other contestants apart from the winners, also received cash prizes and products from Savana Paint, GMR Industries, producers of Darling Lemon Alcoholic Drink and Apolo Kumbucha, Sankofa Natural Spices amongst others.

Highlife star and Artist of the year, Kuami Eugene shook the venue with his thrilling and dynamic contemporary highlife music and dance.

Wendy Shay also got the crowd moving and turned the whole show into a party when she stormed the stage.

Dope Nation as well came through as the surprise Artist and gave their fans the best.

Meanwhile, addressing the audience at the event, the Deputy Managing Director of Atinka Media Village, Mr Kingsley Nsiah-Poku made it known that the organisation will soon launch another dance reality show dubbed, “B3 Sa Mayenhw3”.

He noted that this new initiative will not only focus on a plus-size woman but every well-meaning Ghanaian who is above 18.

He, therefore, urged Ghanaians to stay glued to Atinka TV for more details of the new reality show.