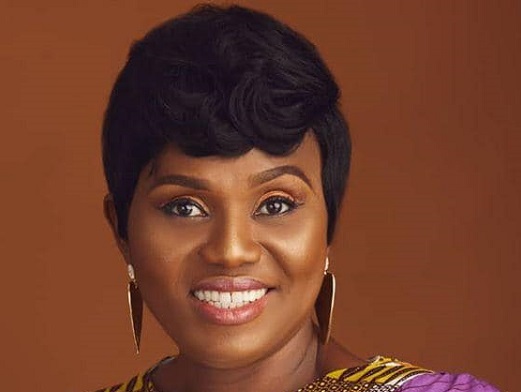 Cynthia Appiadu is the lead singer of Daughters of Glorious Jesus

Lead singer of Gospel music group, Daughters of Glorious Jesus, Cynthia Appiadu, has stated that some contemporary Gospel songs do not have substance.

The musician, who has over 30 years of experience in the industry, in an interview with online portal Christian VibesGh and monitored by Graphic Showbiz said songs by Daughters of Glorious Jesus still enjoyed great patronage because they had substance and made an impact in listeners' lives.

She also said Daughters of Glorious Jesus have stood the test of time because they always fasted for spiritual directions when recording in the studios.

“The truth is that, Daughters of Glorious Jesus don’t get up to sing or release songs and we have been saying this on air. We have a secret and our secret is that when we go to the studio, we don’t eat, we fast until we finish recording the song.

“Other opinions may suggest that it is not necessary but we understood that it was our way of communicating with God.

"This is because it is important that our songs heal people, touch people and even bring restoration to the distressed so we have to fast so that God can respond to the challenges of people through the songs.  So that is our secret, we just don’t get up to sing our songs. I’m not saying all the songs but most of them are very light,” she stated.

Cynthia said there was no need to compare the works of contemporary artistes to theirs and what was more important was that they lived lives worthy of emulation.

“It seems some don’t have time for what they are doing but there are others who are serious with their craft. What is important is that you are not considered as just a sign post directing people onto the good path but be part of it,” she added.

She also cautioned contemporary artistes to regard what they are doing as a calling.

Read also: I gave up on my career countless times —MOG Music

“We shouldn’t do what we are doing anyhow but bear in mind that we are doing it for God. If you want to sing just for fame, then you better stop it because when we started, there was no social media but just one television station. But today, there are many platforms so what I’m pleading for is that we should set good examples for those after us to emulate,” she noted.

Ghana Mission in Washington, others donate $59,850 to COVID-19 Fund