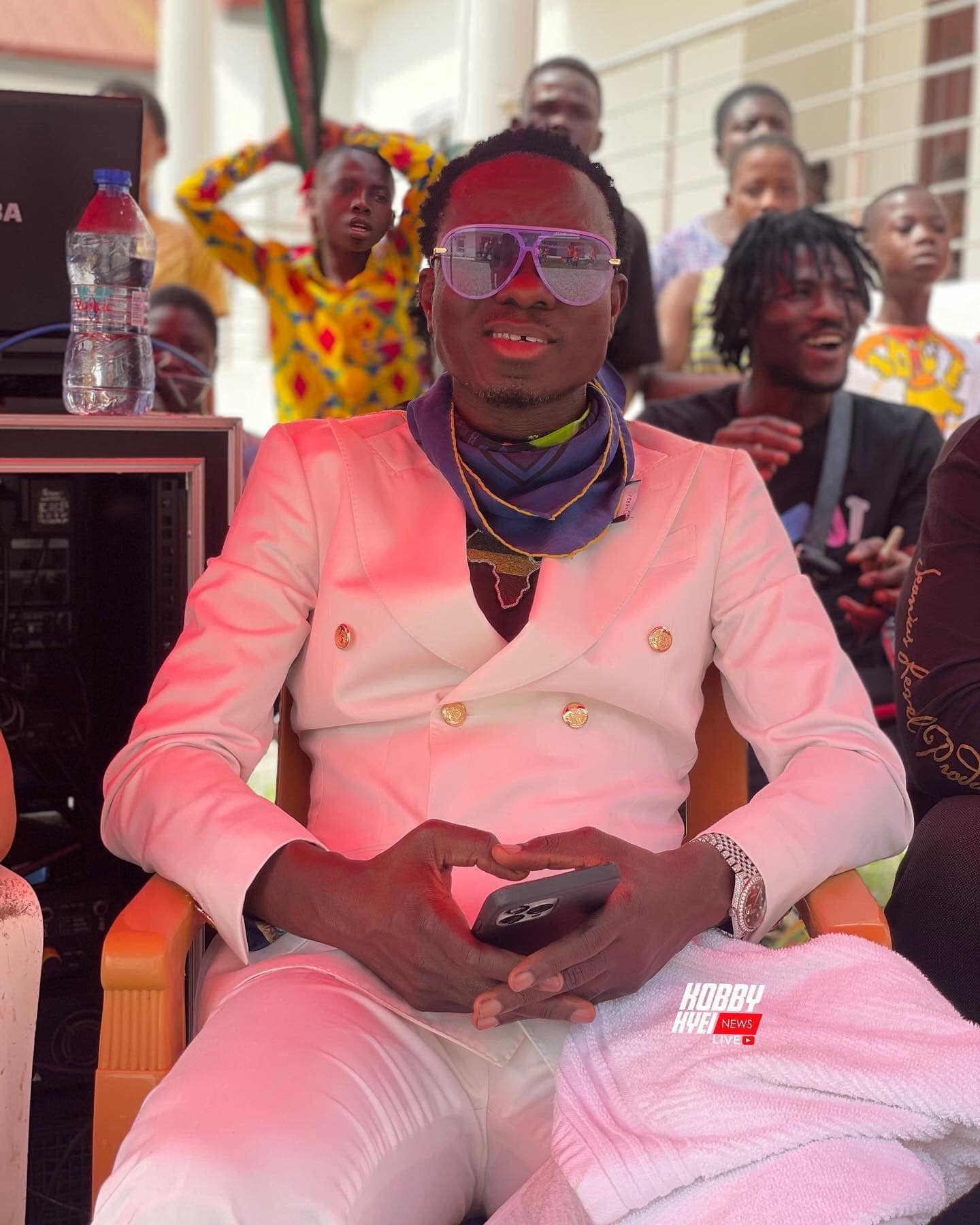 After announcing the completion of a school he built in his hometown, Agona Nsaba in the Central region in November last year, American/Ghanaian comedian Michael Blackson has commissioned the facility today.

The provision of the educational facility forms part of his intentions to improve the quality of education for students of Agona Nsaba and its environs.

Michael Blackson is an American-Ghanaian-Liberian actor and comedian based in the United States.

Michael Blackson was born in Liberia in 1972[citation needed] to a Ghanaian father and a Liberian mother. He spent his young years in between Monrovia and Ghana before relocating to the United States in the mid-1980s. His father died in 2008.

Michael lived in Newark, New Jersey when he was 13, and then settled in Philadelphia, Pennsylvania when he was 15. He began pursuing comedy after his coworker at Domino's suggested he start open mic.

In 2005, he released a comedy sketch CD entitled Modasucka: Welcome to America. Also in 2005, he made an appearance on TV series 30 Rock, P. Diddy Presents: The Bad Boys of Comedy on HBO, and starred in a commercial for Chappelle's Show on Comedy Central.

In 2019, Blackson appeared in the "Wakonda" official music video by Akon.