BBA The Chase: Selly and Elikem up for eviction 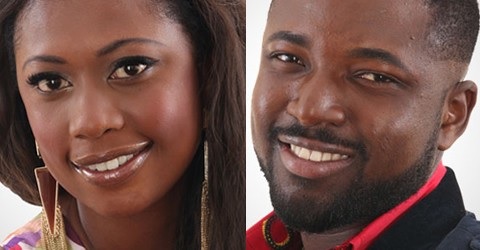 Barely 24 hours into this year’s Big Brother Africa reality show, it looks as if the two Ghanaian representatives could be on the way home soon.

During the first nomination session Monday, the housemates in the two houses - Diamond and Rubies - took turns to nominate two housemates for possible eviction come Sunday.

After the nomination session, Selly and Elikem were among housemates who received the highest nominations for possible eviction.

Selly received six nominations, the highest in the Rubies House, with many of the housemates faulting her for not taking part in the house’s task and also being too reserved.

Elikem on the other hand received four nominations during Diamond House's nomination session. Many housemates felt he was too opinionated and did not allow others express their views.

Some of the housemates who nominated him were also not excited about the fact that he engaged in a heated argument with Kenyan representative Huddah.

Mutama who was first to nominate Elikem explained that he nominated him because “he's rubbing feathers with a fellow housemate thus making her more timid.”

But it was Kenya’s Huddah who had - seven nominations - the highest in the Diamond House while Uganda’s Denzel had six nominations.

In the Rubies House, Sierra Leone’s Bassey also had six nominations while Zimbabwe’s Hakeem and Nigeria’s Beverly had three nominations each.

Big Brother will announce the list of housemates up for possible eviction later Monday.