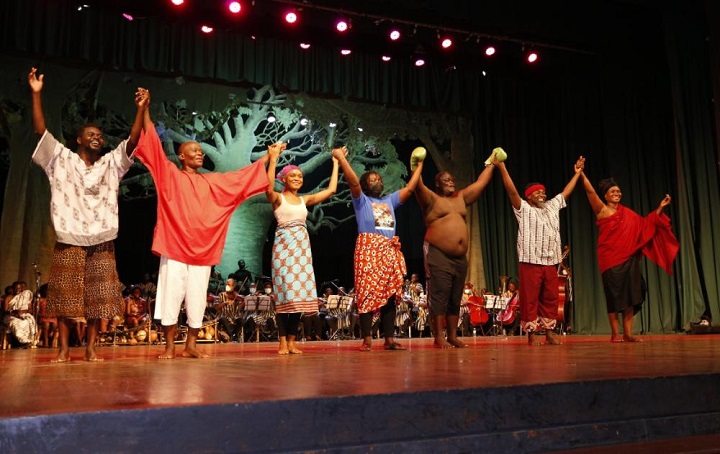 The rich and diverse Ghanaian culture was on display last Friday when the National Theatre performed its latest theatrical piece Ayiyii to a selected audience.

Ayiyii is a production involving the three resident groups of the National Theatre and it relies on our culture as well as the scheming ways of the legendary spider Ananse.

Mr and Mrs Yarney give birth to a baby boy after a pregnancy that lasts 16 months and name him Ayiyii. Ayiyii goes missing at a tender age and is found in the Northern Region.

The production has a lot of music and dance

He then goes to the Bono Region in search of gold. He lives there for long until one day he tells himself, "I must continue this journey."

Ayiyii then heads for the Eastern Region with the belief that there is something unique about every region. From there he goes to the Central Region where he gets married amidst pomp and pageantry.

He leaves with his wife to the Ashanti Region where he steals regalia and leaves for the Western Region. As he goes from region to region, all he is looking for is wealth and more wealth.

Ayiyii depicts the rich and diverse culture of Ghana

In the Western Region he engages in galamsey and transacts business in fake gold. He becomes very rich.

His next destination is the Volta Region. He becomes a wanted person in the Volta Region and leaves with his belongings to the Greater Accra Region where he engages in boxing and other activities.

The play is interspersed with dances from the various regions making it a delight to watch. Costumes used are very apt and rich depicting the various cultures of the people of Ghana as well as their dance and food.

It will be opened to the general public at a later date and later go to the other regions.

Below are some more pictures from the play: 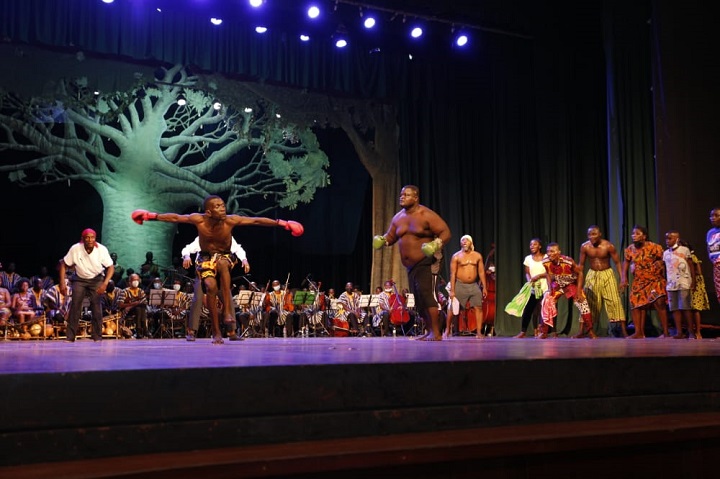 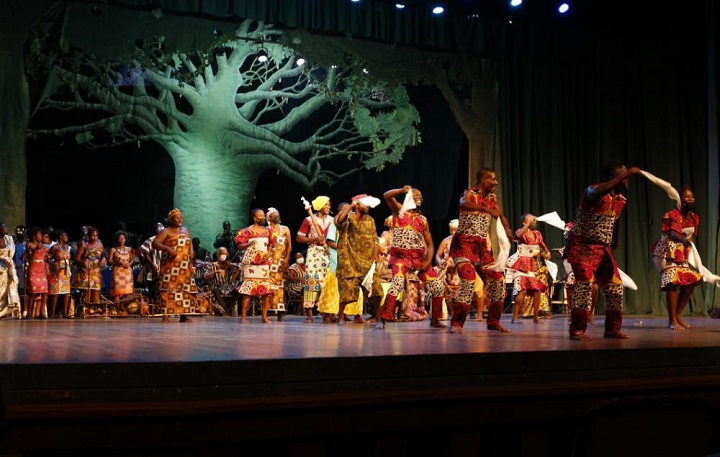