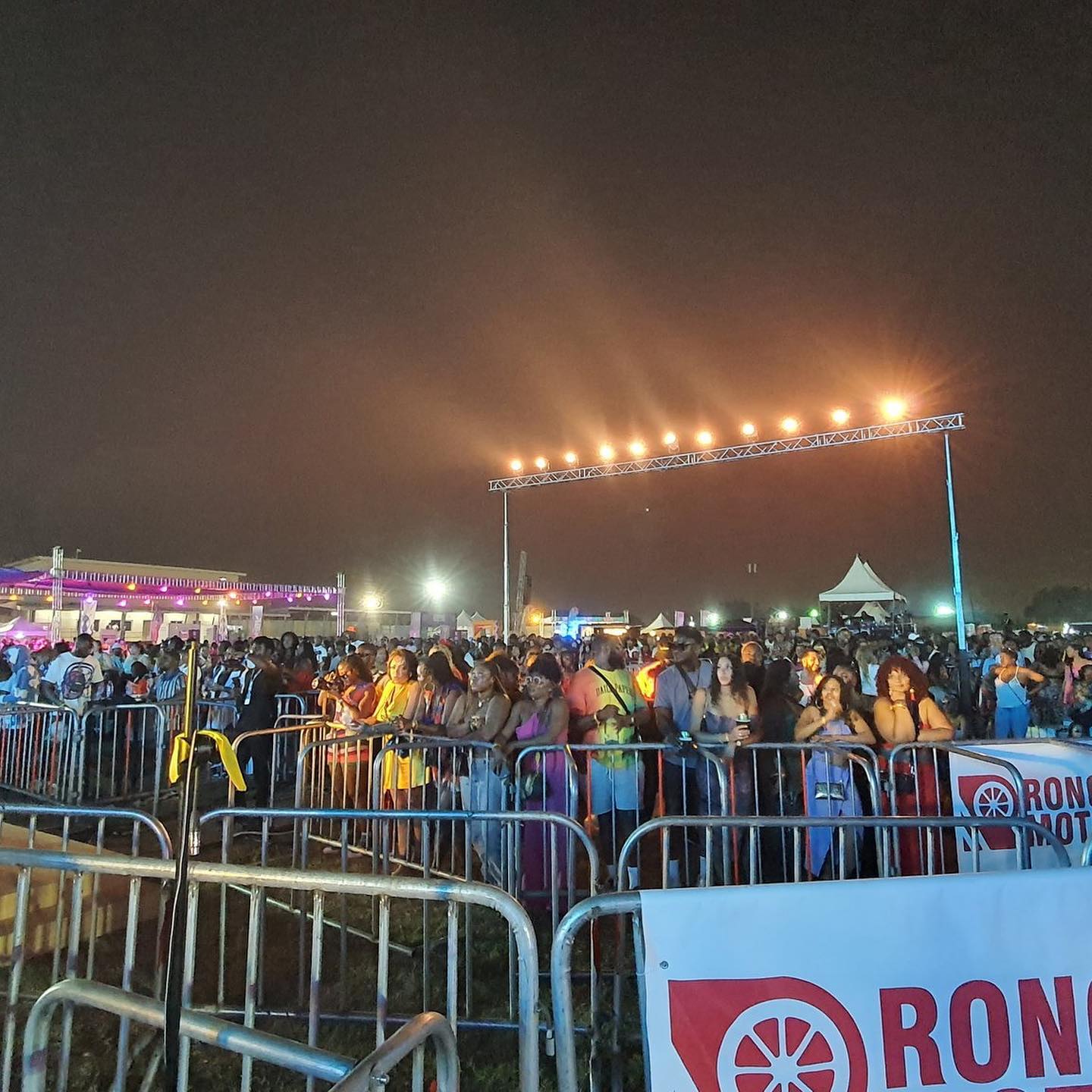 After five years, Ghanaian music and cultural festival Afrochella will not return, its organisers have said. The shock announcement was made at the very end of the two-day festival, in the early hours of Friday morning.

"This is the last Afrochella," said co-founder Abdul Abdullah to the thousands of people still in the El-Wak stadium in the capital, Accra.

He did not give any reason.

However, in October California-based music festival Cochella sued the organisers for trademark infringement.

Mr Abdullah made the announcement just after headline act Burna Boy had closed his set, wowing the crowd with hits such as Last Last, Angelina and Dangote.

Although the stadium was still packed with thousands of people, the news that it was the final Afrochella escaped the attention of some, especially given that it was almost 03:00.

One African American woman I spoke to had missed the announcement as she was trying to beat the rush to get home.

Those who did notice were very upset."I couldn't believe it when they said Afrochella is over," said one woman.

Afrochella is heavily promoted to African Americans and many of those in the crowd had travelled from the US or UK to celebrate the New Year in the continent of their origin.

"I'm shocked - this is what a lot of us in the diaspora look forward to at the end of the year," said one African American man.

"There was something special about Afrochella that meant so much to African Americans like me - I think it's gonna be hard to fill the void that they'll leave," said another.

And this year's festival was certainly a huge success. Stonebwoy, Asake and Gyakie thrilled fans with amazing performances.

Although it wasn't smooth for everyone.

She blamed the organisers for the incident. "Afrochella next time y'all should clean your stage after every artist's performance, that fall was very unnecessary and painful," she posted.

The event also saw performances from other talented musicians.

"It was amazing, so good to play for my people, making sure that everyone is getting a good time. Everyone has fun," Jules, a young singer from the Netherlands, told the BBC.

Singer Aerostar was excited about her performance: "The energy was amazing, the crowd was amazing too and the band did so well," she said.

While the end of Afrochella will certainly leave a gap in the jam-packed calendar of events in Ghana, known as "Detty December", tourists and visitors alike will still be able to enjoy a wide range of programmes.

And the BHIM concert, Tropical Fiesta, Mozama Disco, Lamajo fest will all be back next year.

But Afrochella will be sorely missed.

It was among events that authorities in Ghana hoped would continue attracting tourists, especially from the African diaspora, to the country as part of its "Beyond Return" initiative.

This is a follow-up to the "Year of Return" launched in 2019 to mark 400 years since the first enslaved Africans arrived in America.