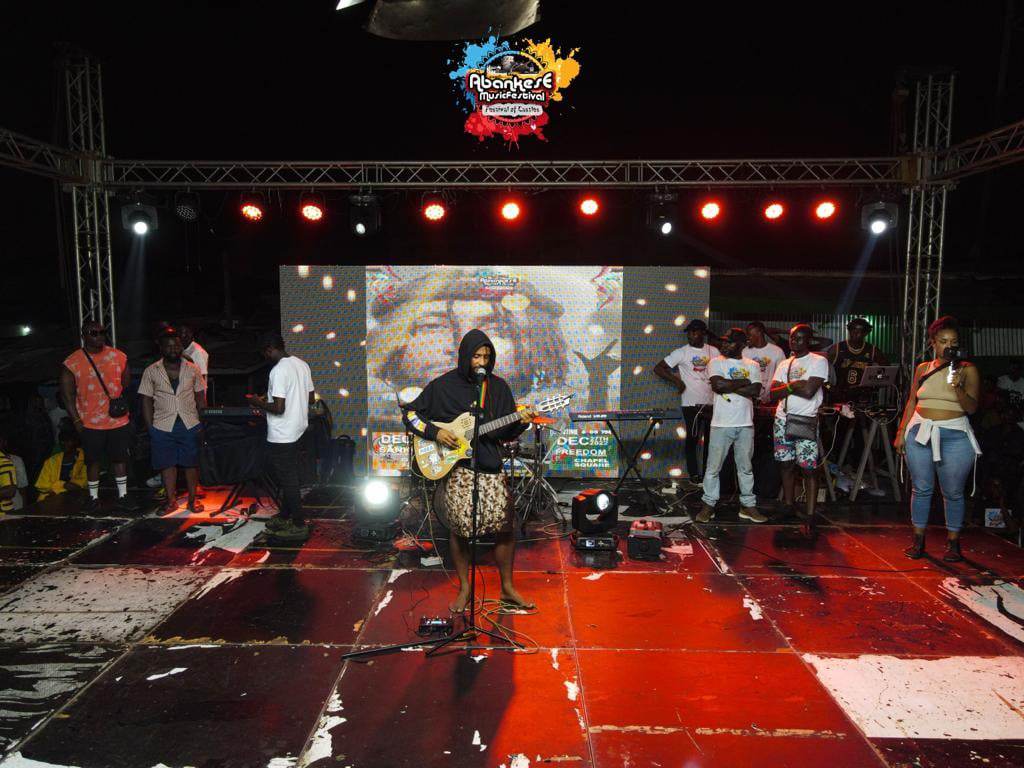 Excited revelers in Cape Coast, Central Region were given a feel of December in GH through the maiden edtion of Abankese Music Festical which came off on December 26-27, 2022.

Wait a minute, the excitement was shared with Blow Media, organisers of the event who were happy for pulling off a successful show.

According to Cuthbert Techie-Mensah of Blow Media, “we are happy the event went very well. With most of the activities on the December in GH hosted in Accra,  events such as Abankese Music Festival gives patrons in places such as the Central Region the chance to experience exciting moments.

“We are hoping to make it better and bigger next year with the high marks scored on the minds of patrons with the first show. It is my hope that we can give our people a taste of what they would have enjoyed if they were in Accra”, he said.

There was also acrobatics, cultural performances and a carnival of masquerades.

Mr Techie-Mensah popularly known as Kay Tee told Graphic Showbiz key stakeholders in the Central Region are calling for the extension of the festival to a four-day show as it embodied and promoted the people,  culture and  heritage of the people of the region.

“It is also hoped Abankese Music Festival will also give diasporans who come down during the Christmas festivities the chance to have a feel of the culture of the people of Central Region when they learn about their ancestry after visiting the castles,’ he added.