Roverman ready to delight with Not My Husband today 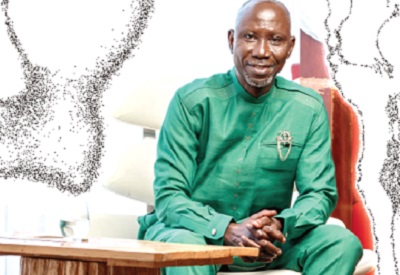 It's been 11 years of excellent, humourous and thought provoking productions by playwright Ebo Whyte, affectionately called Uncle Ebo Whyte and his Roverman Productions.

And while one would think that there would be a dip in form or their usually high standards after being at it for so long, the opposite is the case as Roverman just keeps getting better.

After a great 2018 which ended with Uncle Ebo taking to the stage for a rare performance dubbed: A Crazy Ride, they kicked off 2019 with a bang with their first play Dora Why?

The play’s storyline was not only intriguing, the production itself thrilled patrons with Uncle Ebo and his team introducing new elements that were thoroughly enjoyed.

Then followed I Want Your Wife, a play that took on the false prophecies menace that is currently plaguing the country and which attracted huge patronage.

Now, Uncle Ebo is hitting us with another play that is certain to teach a lot of lessons and he calls it Not My Husband which is scheduled for the National Theatre today, Saturday, October 5 and Sunday, October 6 at 4 p.m. and 8 p.m. on both days.

It is said that one person’s trash is another’s treasure; one person’s poison is another’s meat. So when you question and reject your man’s love, can you complain when another lady finds him as the answer to her prayers?

For Alice, Obed’s love was never enough; for Jackie, that love is all she’s been praying for. How can Alice reclaim the love she’s rejected, especially now that her very life depends on it?

With such a juicy story line, which is clearly a reflection of what happens in real life, one can be sure that Not My Husband will elicit laughs, while giving patrons food for thought and you can’t afford to miss the experience.

Soldiers beat up members of Coalition of La Youth Associations