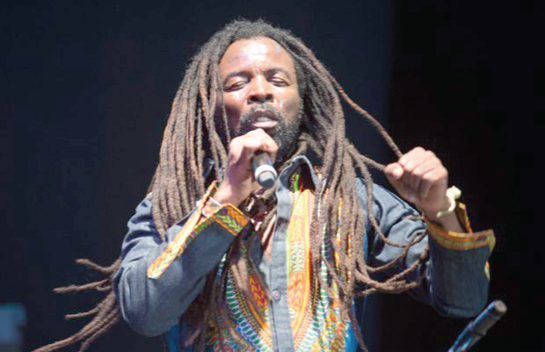 The Africa Oyé Festival is the biggest celebration of African and Caribbean music and culture in the UK, which takes place in June of every year and the reggae star is expected to deliver a great performance.

Currently, Rocky Dawuni is working on the release of his seventh album, Beats of Zion, to be released this year.

Rocky Dawuni is gaining a lot attention in the UK where his music is getting a lot of radio play. His new song, Burn One, was recently featured on tastemaker radio station, KCRW as a “Top Tune of the Day” for the 4.20 celebrations and will also be featured on the TNT hit TV series, Animal Kingdom on Tuesday, June 26.

Another song from the album, Let’s Go is the theme song for Cadbury Canada’s Bicycle Factory campaign 2018 for which a beautiful 360 video was shot in Ghana and has since garnered over 1.3 million views on YouTube.

Rocky Dawuni’s unique Afro Roots sound as featured on Branches of the Same Tree, (Cumbancha) was nominated for a GRAMMY for Best Reggae Album (2015) which included the popular African Thriller.

Apart from music, Rocky Dawuni is also credited for his work on humanitarian, environmental, peace building and social issues by using music as tool to drive the agenda.

Having grown from humble beginnings in 1992 as a series of gigs in the city centre, Africa Oyé now attracts crowds of over 50,000 people from all over the world each year.