Over 2,000 people get vaccinated at Livingstone Foundation’s free health screening 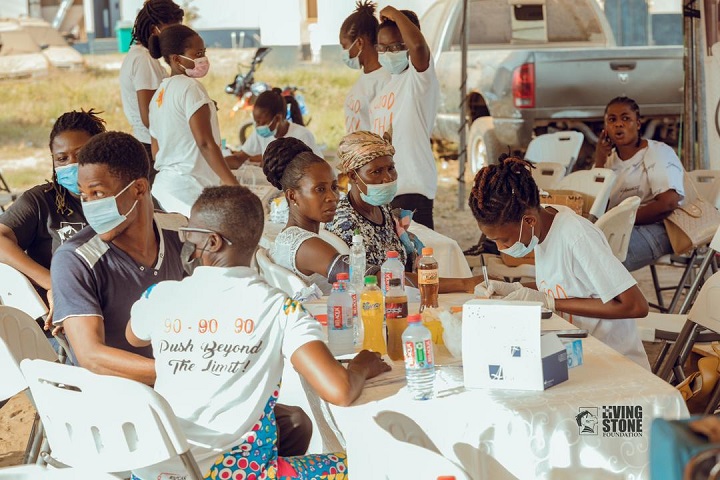 Some of the residents going through the process
30.5k Shares

Dancehall artiste Stonebwoy's The Livingstone Foundation on Thursday, December 16, organised a one-day free health screening for residents in Ashaiman and its environs, ahead of the 2021 edition of the 'Bhim Concert'.

During the exercise, held at the Mandela Park in Ashaiman, over 2000 people, including children with general health conditions, were screened and given medication. Those who have serious health conditions were referred to some recommended community or national hospitals across the country.

The organisation, together with its partners; Bhim Shop, National Lottery Authority (NLA), Burniton Music Group (BMG), First Atlantic Bank and Mutti, also carried out a free Hepatitis B screening and provided people with acquired immunity against COVID-19 through a special vaccination exercise.

According to the management of the Foundation, “many benefitted from this year’s exercise, patients who got tested positive were given prescriptions. Others were also referred to other specialised hospitals for advance treatment. Beneficiaries extended their appreciation to the team for their kind-heartedness.” 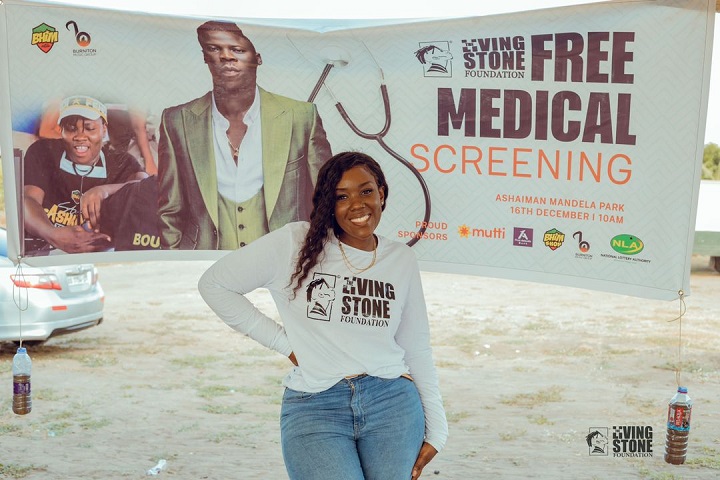 Dr. Louisa Ansong-Satekla, wife of Stonebwoy, who led the team of medical practitioners in charge of the exercise, called for support for the sustenance of a regular health education programme in the community, the regular intake of medicines given them by medical practitioners as directed, exercise and to immediately see a doctor when they were not feeling well.

She urged the people to pay attention to their eating habits, and cultivate hygienic practices as a means of protecting themselves from diseases.

The free medical examination is one of numerous events being held before the 'Bhim Concert' on Tuesday, December 21 slated for the Grand Arena, Accra International Conference Centre.

Read also: Next MUSIGA President must be ready to serve – Diana Hopeson