MzVee out with Baddest Boss 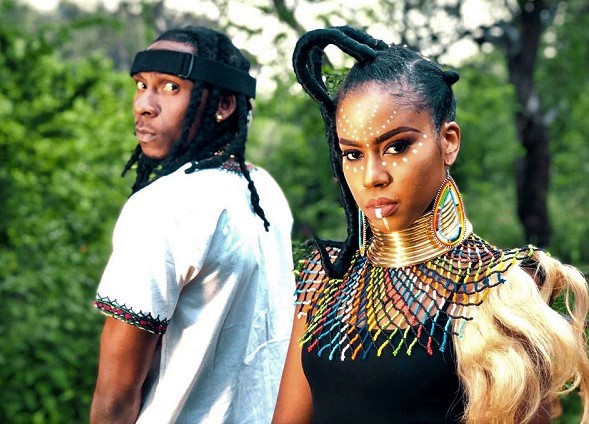 Once upon a time, she withdrew almost completely from the business she loved and had been involved with for eight years but singer/composer MzVee came back with fresh vim at the beginning of this year and she has just put out her third single in five months titled Baddest Boss.

Produced by Saszy Afroshii and mixed and mastered by Possigee, the upbeat track features Mugeez. MzVee has already released Sheriff and Who Are You since coming out of a self-imposed ‘hibernation’ from November 2018 to the end of 2019.

While Sheriff and Who Are You have only her voice, MzVee decided it was time to drop a collabo.

“I wanted to release a song that had a feature on it this time to change things up a little so Mugeez was just the right person. I’ve been recording stuff with him a lot recently, we have a lot of songs together and I felt Baddest Boss needed to come out now,” MzVee said.

The song is about a man trying to woo a woman and making her sweet-sounding promises. She is, however, a woman with an independent spirit and tells him clearly she does not need a man to make her whole.

“The lyrics are just a reflection of my women’s empowerment inclination. I believe women can be independent and happy. They can have their romantic relationships but they must first try to be as independent as possible,” MzVee said.

With hits such as Natural Girl, Sing My Name, Bend Down, I Don’t Know, Borkor Borkor, Dancehall Queen, Come And See My Moda and others well-known on the market, MzVee’s often sparkling personality shows through again on Baddest Boss.

She says she doesn’t know how people will compare her new track to her previous works but was ready to hear whatever comments her fans had to make about Baddest Boss.

The young lady hopes to drop an album by the end of the year and if the situation allows, probably have a concert as well.

In the meantime, she wants her fans to stay safe, practice good hygiene, go by all the protocols rolled out to help stop the spread of COVID-19 and subscribe to her MzVee Official YouTube channel.