Why black TikTok creators have gone on strike 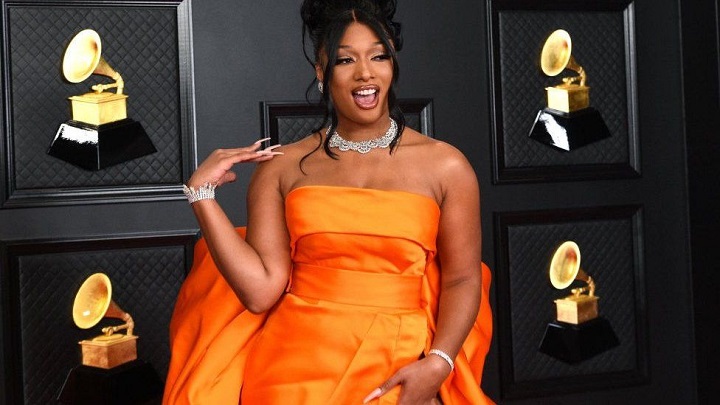 Black creators on TikTok are refusing to choreograph new dances and calling out what they see as a new form of cultural appropriation on the app.

Rapper Megan Thee Stallion's latest song 'Thot Shit' was supposed to be a TikTok hit. Her previous single 'Savage' had gotten more than 22 million hits on the app. 'WAP' generated 4m and there were 1.5m for 'Body'.

But this time a social media strike staged by black creators on the viral-video-making platform has prevented her new single from taking off. Black creators have refused to make a dance for the song and instead mounted a digital walk-out.

Since June, the hashtag BlackTikTokStrike has been viewed more than 6.5m times on the app and has since been trending on social media platforms like Twitter. Black users are using the hashtag to voice their objections to what they say is preferential treatment.

Black creators say non-black influencers use their work, reaping the financial and personal gains earned from views, but fail to acknowledge or give credit to originators.

"Even in the spaces we've managed to create for ourselves, [non-black] people violently infiltrate and occupy these spaces with no respect to the architects who built it," Erick Louis, a black TikTok creator who helped organise the strike, told the Washington Post.

"This app would be nothing without [black] people," Mr Louis, 21, wrote in a widely shared TikTok video.

The strike is about recognition and giving credit where it is due, he said.

Black creators are not the only ones who agree. Rachel McKenzie, who is white, uses TikTok daily and supports the strike.

"Anyone that uses TikTok will tell you young black creators choreograph the vast majority, if not all, of the dances that go viral," she told BBC.

"If you look at modern pop culture and its entirety, it's just another example of how black culture sells and white people hijack it."

"As a white woman, I think it's important to speak to those who continue to deny credit or trivialise matters like this," she said.

Going viral on TikTok has proven to have an impact far beyond popularity. Some TikTok users have made millions in revenue from their videos. Moreover, viral songs on TikTok have had a huge impact on the music industry, influencing which songs become hits and gaining more streams and thus more money for artists.

While the strike started with Megan Thee Stallion's latest song, the problem has been highlighted before.

In March, talk show host Jimmy Fallon invited TikTok influencer Addison Rae, who is white, to his show. She performed numerous viral dances created by black dancers who were not mentioned or featured on air.

One of the dances for which she received lots of views was the 'Renegade' - created by Jalaiah Harmon, a 14-year-old black TikToker.

After Rae's rendition of the dance, it began to trend. Even celebrities recreated it.

But while others became the face of the dance, Jalaiah struggled to receive credit or compensation since TikTok pays for views.

Rae made nearly $5m (£3.6m) from TikTok in 2020 alone, getting views from videos she made recreating dances from black choreographers. Although her exact earnings are unknown, according to one estimate Jalaiah made about $38,000 the same year from the app.

"I was excited and frustrated because they weren't tagging me or giving me credit," she told Teen Vogue.

Since the initial backlash, celebrities have attempted to make sure Jalaiah was acknowledged for her creation. Fallon acknowledged his mistake, inviting Jalaiah and many other black TikTokers on to his show in April, in an attempt to give a voice to the many unknown creators of viral dances.

Jalaiah made appearances on The Ellen Degeneres Show, was featured in a music video and performed at an NBA All-Star game.

But many other black TikTok creators still are fighting for recognition and credit they feel they deserve.

TikTok has since released a statement highlighting its commitment to diversity and inclusion.

"Over the past year, our teams have continued working to elevate and support Black voices and causes, while fostering an inclusive environment on our platform and within our workplace," it said.

The company said it was training staff "to better understand more nuanced content like culture appropriation and slurs" and endeavoured to give users "tools to empower our community". It has not addressed the strike directly.

Supporters of the TikTok strike say it isn't just about the app.

"Celebrities like the Kardashians, among many others, successfully exploit black trends and behaviours that black pioneers have been persecuted for embracing," said Ms McKenzie.

"I think it really boils down to the inconvenient and uncomfortable nature of confronting systemic racism head-on."

She sees "obvious reluctance" from some TikTok influencers to give black creators credit as an example of "how comfortable a lot of white people are sitting in such a skewed exploitative power dynamic."

Gymnasts in India perform a TikTok dance in 2019

Supporters say they will continue the strike indefinitely, although this does not include abstaining from the app entirely.

While there is no clear indicator if the strike has been a success, it has started conversations and had an impact on trending dances like 'Thot Shit'.

"It just speaks volumes. We have these experiences outside of TikTok. As black folks, we're used to galvanising, marching, protesting, having to scream and yell to have our voices heard," Mr Louis told NBC.

"It's supposed to be a safe space but even in those spaces we're forced to make a statement and protest," he said.