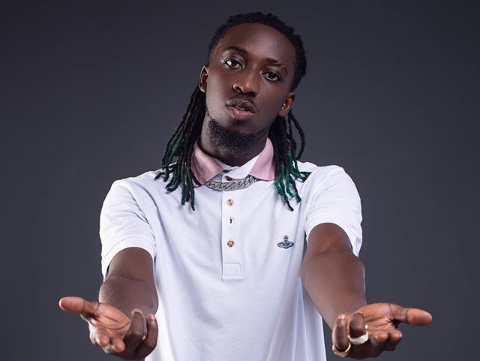 After being made to take the fall for the tension between Wendy Shay and Fantana, Afropop singer Ray James has revealed that he has left Rufftown Records after a two-year stay.

Ray James said he took the decision after he had failed in various attempts to confront Bullet over his statements in interviews that he was the cause of the misunderstanding.

“He granted interviews and said things that were not true. I don’t know why he came out to say things that I know nothing about. I tried to get to him and find out why he did that but he never picked up.

“I’ve heard him on radio and per what I’ve heard, I think he has already removed me from the label so I’ve also accepted it. I can now say that I’m no longer under Rufftown Records though it hasn’t been officially stated.

“The person who is supposed to approach me to tell me whether we are done or not hasn’t still said anything but I’ve heard interviews that confirm my exit so I’ve also moved on with my life. I don’t think it’s necessary to call and confirm anything again,” he told Graphic Showbiz.

Wendy Shay and Fantana have been at loggerheads for a while now with their fight playing out on social media. Both singers have insulted and said terrible things about each other and it has caused division at Rufftown Records.

In a post on social media, Bullet explained Ray James was signed to a record label in Takoradi which is threatening to sue Rufftown Records for signing their artiste.

Commenting on the claims, Ray James said, “After granting the interviews, he went ahead to post on social media that I was under another record label and I didn’t inform him but that wasn’t true.

“I was on another record label before he signed me and he knew about that. He was even in contact with them. I can’t be on two record labels at the same time,” he stated.

Ray James, who was first runner up in MTN Hitmaker Season 3, said he remained positive about the future and asked Ghanaians to watch out for him.

“I’ve released a new song and that’s what I’m pushing now. I will be releasing another one soon so Ghanaians should watch out. Ghana hasn’t seen half of what I’ve got yet, there is more to come,” he said.