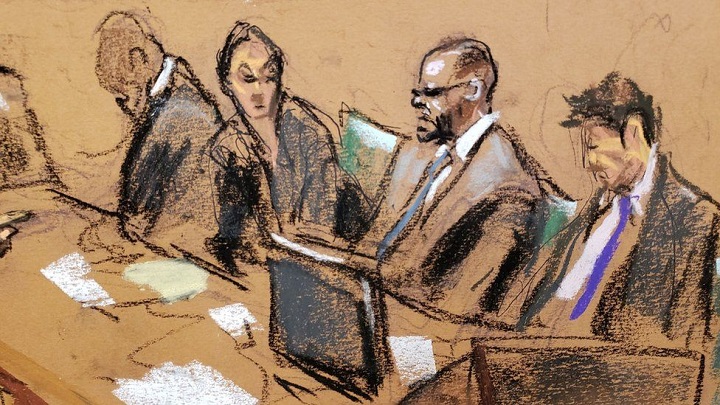 The trial of the US R&B singer R. Kelly has begun at a court in Brooklyn, New York.

The star is accused of racketeering, sexual abuse and bribery; charges which he has repeatedly denied.

Some of the allegations made against the singer - whose full name is Robert Sylvester Kelly - date back more than 20 years.

If he is convicted on all counts he could be sentenced to several decades in prison.

Opening statements were delivered to a jury of seven men and five women, who will decide the 54-year-old singer's fate.

Kelly faces charges that he was the ringleader of a two-decade scheme where he recruited women and underage girls for sex.

"This case is about a predator," Assistant US Attorney Maria Melendez said in her opening statement.

"This case is not about a celebrity who likes to party a lot."

She described Kelly as "a man who used lies, manipulation, threats and physical abuse to dominate his victims and to avoid accountability for years".

The Grammy-winning artist - wearing a gray suit, purple tie, and glasses - sat silently, his head down at times as the prosecution opened its case.

Melendez said Kelly's celebrity status meant he "had his pick of young fans" and that he hoarded his victims "like objects" and used "every trick in the predator handbook".

She also alleged that he bribed his victims by photographing and filming them having sex and then threatening to release the tapes.

Kelly is accused of requiring victims to demonstrate "absolute commitment" and obey strict rules, including that they eat or go to the bathroom only with his permission, not look at other men, and call him "Daddy."

He has pleaded not guilty and strongly denies any wrongdoing.

The trial, delayed several times by the pandemic and predicted to last about one month, is expected to include details about Kelly's alleged abuses, including testimony from some female accusers and at least one male accuser.

Even if he is acquitted, Kelly still faces sex-related charges in Illinois and Minnesota, where he has also pleaded not guilty.

Kelly has been in jail for the last two years. He was moved in June to Brooklyn from Chicago for the trial.

Kelly has denied any wrongdoing

The singer is best known for hits including Ignition (Remix), I Believe I Can Fly, Bump n' Grind and If I Could Turn Back the Hands of Time.

On her way into the court, BBC producer Monica Miller reported seeing supporters of the singer shouting "Free R. Kelly".

What are the charges?

Kelly and members of his entourage are accused of recruiting women and underage girls to engage in illegal sexual activity with the singer.

The allegations go back to the start of his career in the 1990s, with many centring around the alleged predatory pursuit of teenage girls.

He is currently facing multiple state and federal charges in the US, with accusations including sexual assault, abuse of a minor, making indecent images of minors, racketeering and obstruction of justice.

The nine-count indictment describes Kelly's alleged mistreatment of five Jane Doe victims, three of whom were said to be underage at the time.

"He didn't recruit them. They were fans. They came to Mr Kelly," she told the court, adding that some of the relationships were "beautiful" and "long-term".

One accuser claims that Kelly engaged in unprotected sex with her without revealing he had herpes.

Prosecutors will also try to show that Kelly bribed an Illinois official in 1994 to obtain fake identification for the R&B singer Aaliyah, then 15, so that they could marry.

Kelly, according to prosecutors, believed he had impregnated Aaliyah, and hoped a marriage would keep her from having to testify against him.

A marriage license showed Aaliyah's age as 18, prosecutors said. Aaliyah, widely believed to be the figure referred to as Jane Doe #1 in the indictment, died in a plane crash in 2001. 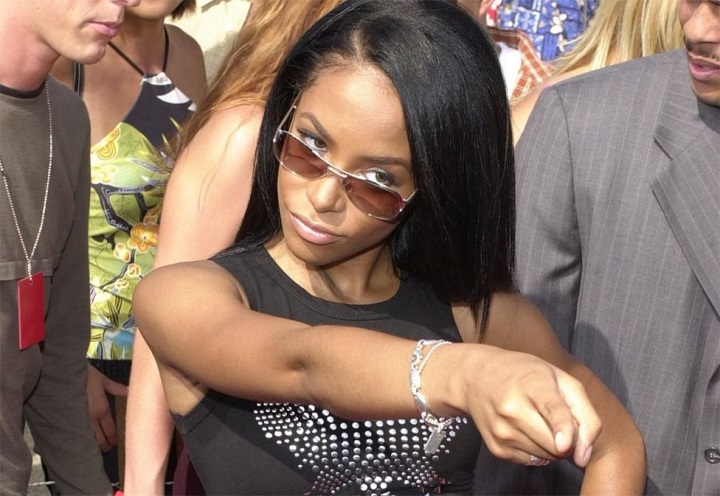 The trial is the culmination of years of suspicions and accusations against Kelly, many discussed in the 2019 documentary Surviving R. Kelly.

But the only time he faced criminal charges, for child pornography in 2008, he was acquitted.

Kelly was himself the victim of child sex abuse, and detailed in his autobiography how he was raped by a female family member when he was eight years old.

He has been in custody since July 2019, after an application for his bail the following month was denied. He is being kept in the same prison housing British socialite Ghislaine Maxwell as she awaits her sex trafficking trial.

In March 2020, prosecutors seized more than 100 electronic devices, including smartphones, iPads and hard drives from a storage facility holding the star's tour equipment.

The prosecution team arrive at court in Brooklyn, New York

His associates were then accused of tampering with and intimidating witnesses in August of that year, and soon after the singer himself was attacked in his sleep by a fellow inmate in Chicago's Metropolitan Correctional Centre.

In June 2021, just two months before his trial was due to begin, Kelly's long-term lawyers asked to withdraw from the case.

Steve Greenberg and Michael Leonard said it was "impossible" for them to work alongside a pair of new lawyers the star had hired.

Earlier this month, in the last pre-trial hearing, it was confirmed that the disgraced singer had admitted to having had a sexual relationship with the late singer Aaliyah when she was underage.

A jury was selected last week after potential jurors were quizzed on whether they could keep an open mind in the case.