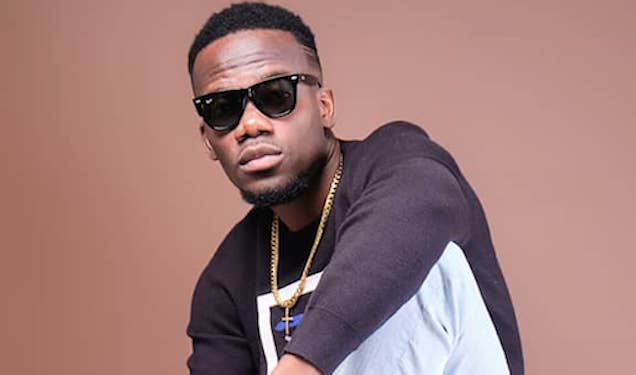 IT doesn’t take long to recognise, after careful listening to Kojo Wadosty’s direction of music, that he is a cool mashup of youthful energy, positive drive and storytelling ability.

The young man gained a fair amount of national attention in the middle of last year when he put out his Sista Gal track.

It stated that people had the option to centre attention on negativity or warm up to the positive vibes in their lives.

Last September saw release of Motivation where he urged people to push on with their lives and seek peace and happiness no matter the seeming setbacks.

Featuring Kofi Kinaata, the song pushes the idea that people should work hard to earn their living but they must also learn to relax and enjoy the fruits of their labour.

The Feeling was produced by Stillvybeznebeatz and has a bouncy, feel good flow that tallies with the main message in the song.

Kojo Wadosty and Kofi Kinaata are both Takoradi guys so the stylistic Fante expressions are a lot on the track.

That does not in any way hinder the appreciation of anyone who does not speak or understand Fante because the song on the whole, has a bubbly feel that infects the listener.

The guitar lines are catchy and rooted in typical, easily-recognisable Highlife patterns.

That sort of approach is the path Kojo Wadosty feels contemporary Ghanaian artistes should take to distinguish themselves from styles from other parts of the continent.

To him, there could be a lot going for Ghanaian artistes if they lean more toward what is uniquely theirs.

“There’s all this talk now that Ghanaian acts are copying Nigerians and that the Nigerians are musically doing better than us.

"I think those notions exist now because some of us have left what is ours and we are doing what others are doing.

“You can never be as good as the one you imitate. The best way forward is to look to your own backyard for ideas and motivation,” Kojo Wadosty says.

One of his methods of doing that is referencing some of the things he admires in material of some of the acts that came ahead of him.

On The Feeling, he brings in stuff by Terry Bonchaka and Papa Shee and says listeners often connect easily with songs that resonate with them from previous periods.

As The Feeling hits the major digital platforms and gets airplay on radio and television from January 28, Kojo Wadosty hopes it will help his popularity go up some notches higher on the musical ladder.