'Gone to the Village': richness and diversity of Asante culture 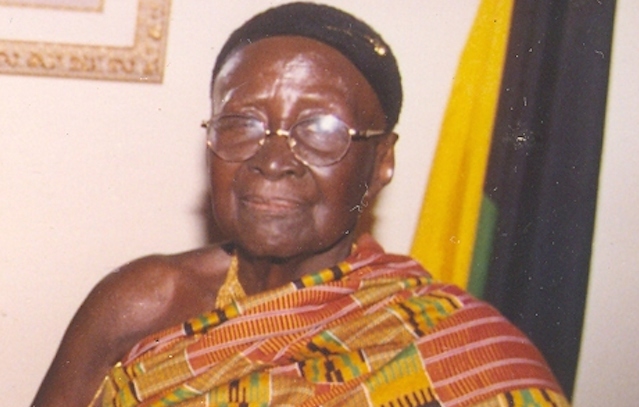 A documentary film, Gone to the Village that showcases the intricate funeral rites of the late Nana Afia Kobi Serwaa Ampem II – Queen Mother of the Asante Kingdom – was recently screened to a private audience at the Goethe-Institut in Accra.

Directed by the renowned Ghanaian ethnomusicologist Prof. Kwasi Ampene, the 50-minute documentary is a multifaceted and multi-directional documentary that re-counted the fusion of oral traditions, political authority and national unity.

Ampene, who is Professor at the Department of Africa American Studies, University of Michigan (USA), effectively captured a tradition that has been preserved in all forms and handed down to diverse generations while emphasizing its symbolism and splendour.

Shot in the Ashanti regional capital Kumasi (Ghana) during the funeral, Gone to the Village vividly reveals a rich and diverse tradition that has resisted and actively fought colonialists who waged several wars against it.

Interspersed with reverential poetry, the funeral rites which are highly laden with philosophy – equally revealed the role of women in Asante culture through multiple curated activities that unfolded simultaneously.

Undeniably, scenes of dancing, singing, drumming and free flowing proverbs amidst firing of musketry formed part of an elaborate tradition that has been well preserved and maintained through verbal and written forms of communication.

Gigantic umbrellas, traditional battle regalia, musketeers, palanquins, traditional staffs, delicate haircuts, mourning cloths, stools (including the golden one), traditional priests and executioners among others highlighted the symbolism in Asante culture during the ceremony that traversed a couple of days.

Ampene specialises in the rich musical traditions of the Akan people of West Africa. His research interests include the performing arts as individually and collectively created and experienced, the performance of historical and social memory, politics, ideologies, values and the religious philosophy in Akan court music.

He has disseminated his research in conferences, workshops and speaking engagements at major universities in the United States and several countries.

He has also provided expert advice for public engagement projects on West African culture and music to institutions such as the British Library, Tufts University and Princeton University (USA).

Others are African Studies (DAAS) Office of Diversity, Equity and Inclusion (ODEI), The African Humanities and Heritage Initiative (AHHI at the ASC) and Institute for Research on Women & Gender (IRWG).