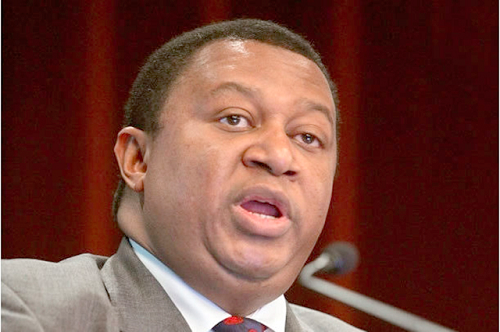 It sounds almost annoyingly cliched, but the African continent is blessed with abundant natural resources including oil and gas.

Perhaps more annoying is when you consider that brains, really and not natural resources, do build a nation.

Pitch Switzerland, Taiwan, Luxemburg and other similarly ‘dry’ countries against many resource-rich countries in Africa and elsewhere and you realise that it is not enough, or maybe even necessary, for your country to be sparkling or flowing with any natural resource imaginable in order to ‘make it’, as it were.

The boast about Africa’s resources does wear rather thin considering our predicament, but at the risk of irritating you, I will still repeat that state on record that half of the countries in West Africa are producing oil and gas, making the sub-region an important hub of this critical sector.

These include Nigeria, Ghana, Gabon, Guinea and Senegal. With the right leadership we should be able to go places.

Of course, Africa is cognizant of the advocacy for energy transition and cleaner energy.

It is a huge global conversation, particularly in the West, where climate change, among others, features hugely in the political space, and several initiatives and policy drives have been initiated in this direction.

It is scheduled to be held in the city of Glasgow, Scotland, United Kingdom, between October 31 and November 12, 2021.

But this energy transition conversation must be had within a careful context, which is the reality of the current stage of Africa’s current circumstances and growth trajectory.

This, in my view, implies that Africa must not shy away from pursuing an agenda of exploration.

Many in Africa, including the African Energy Chamber, recommend a multi-pronged approach to addressing energy poverty - one that harnesses both renewable energy sources and fossil fuel. I think this is a call in the right direction.

The fact remains that gas, especially Africa’s Liquefied Natural Gas (LNG) is the cleanest of fossil fuel, and harnessing it to power generators can make a huge impact on the drive to accelerate universal coverage.

Currently, about 600 million people are without access to electricity in Africa. Without a clear and purposeful drive towards cheaper electricity through gas exploration, the figure will rise to 800 million by 2030, whilst the continent sits on what shall effectively become stranded assets.

We cannot starve in the midst of plenty.

This is clearly an unacceptable situation, and Ghana must progress beyond its current 86 per cent electricity penetration and achieve universality.

Africa sits on vast oil and gas reserves. In the West African subregion alone, in countries like Senegal, Nigeria, Cameroon and Ghana, gas will be a game changer in providing cheaper access to power and ultimately driving industrialisation.

This in turn creates employment and business opportunities both in the upstream and downstream petroleum sector.

It also sustains the huge investments that have been made by these countries in skills training of their citizens to respond to the specific exigencies of this specialised industry.

As Energy Minister Dr. Matthew Opoku Prempeh argued when he led a Ghanaian delegation to the Offshore Technology Conference in Houston, Texas USA in August this year, oil and gas exploration in Africa cannot be taken off the energy menu because the continent’s circumstances, needs and priorities are vastly different from those of industrialised countries as we are at a different stage of our growth process.

The Secretary-General of OPEC put it this way at the 2020 at the International Carbon Capture Utilisation and Storage Conference.

“We must be inclusive and equitable in our decisions, and not forget our fellow citizens who, day in and day out, struggle for access to energy the rest of the world takes for granted.

“The facts are sobering: there are more than 800 million people around the world who lack access to electricity and almost three billion who live without modern fuels for clean cooking.

“Let me be clear: Nobody should be left behind in the energy transition.”

In January 2021, as the OPEC Secretary General noted whilst addressing the S&P Global Platts Americas Petroleum and Energy Conference, failing to rectify energy poverty not only hurts those without reliable power, but it also could also lead to unrest.

“If billions of people in the developing world suffering from a lack of energy access feel they are excluded from access to energies that have helped fuel the developed world, then this could sow further divisions and expand the divide between the haves and have nots, the global North and the South, ”he said.

Of course this is not to denigrate renewable resources and clean energy by any stretch of the imagination, or to downplay its importance, because we remain committed to our Sustainable Development Goal (SDG) 7 goal in this direction and continue to pursue initiatives towards achieving it.

But to seek to push Africa into a renewable energy corner with the same speed and zeal as in industrialised countries, instead of allowing her to grow her renewable mix at its own rate, whilst using her natural resources to power her economy and eliminate energy poverty could be counter-productive and further widen the economic gap between the North and the South, which is the point that the OPC Secretary-General and other respectable industry personalities have made.

Oil and gas exploration remains a key component of our economic mix in the short-to-medium term and Africa needs more, not less exploration, for which reason we are open for business and will continue to push for investments in our subregion.

This was the Ghana’s thrust at the OTC event in the USA. In any event, oil and gas are not going to go out of fashion across the globe any time soon.

It is possible to walk and chew gum at the same time. To resort to a simplistic, binary ‘either or’ approach in the sustainable energy conservation could actually end up being counterproductive.

Of course, key to this is effective, innovative, strategic leadership.