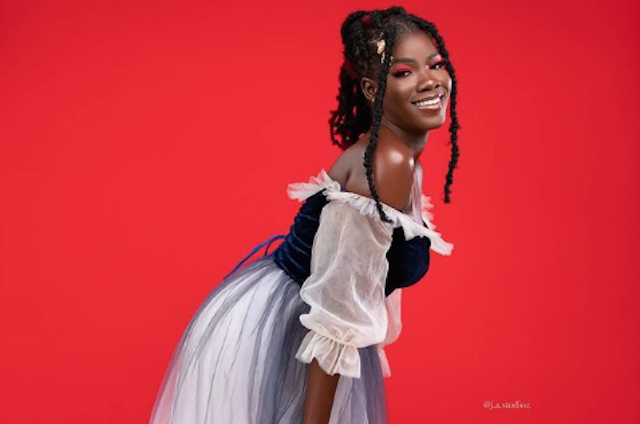 HER unique voice caught the attention of music enthusiasts a few years ago and Dhat Gyal was tipped for stardom by critics.

While she was basking in the attention, no one could have known that young singer Dhat Gyal had a dark past. Now that she has opened up on the horrible experiences she has had, she says music saved her life.

According to Dhat Gyal, real name Ernestina Afari, music is the reason she was able to overcome her past (drug addiction, smoking marijuana and depression) and start a new life.

“Not everyone goes through what I went through and is able to bounce back. I owe it all to music. If not for the fact that I found myself in a studio and I loved the sounds I heard and I decided to spend more time there, I don’t know where I would be.

“The very first day I entered the studio, it felt like God was talking to me. It felt like that was what I had been waiting for; and the most fascinating thing of all is when I got hold of the microphone and started singing.

“I loved it. I felt so relieved and since then that place has become my new home and I am grateful that God used music to save my life. If it wasn’t for music, things would have been worse,” she told Graphic Showbiz.

No matter how much empathy one gets from sharing such experiences, there are bound to be those who will speak ill of that person and in answer to whether she was ready to deal with the trolls, Dhat Gyal said she wasn’t bothered.

“I know it will come but I do not care. The most important thing is that I am free now. I am a better person; my life has changed and I am very happy now. It feels like a burden has been lifted off me and that is what is vital to me,” she disclosed.

She also revealed that her family was very proud of her now.

“They did not like what I was into but could not do anything about it because I was stubborn at that time. Right now, they are happy that I have been able to overcome it.

On what she is working on currently, Dhat Gyal, 21, said: “I have songs in the pipeline. I also have some videos to shoot. Apart from that, my team and I are working on doing some school tours.

"We want to educate the students on drugs, how it destroys lives and the need for them to be vigilant and not bow to pressure.”

She expressed her appreciation to the people in her corner.

“I want to use this medium to thank Socrate Safo for all that he is doing for me. To Nam 1 (Nana Appiah Mensah), Nana Kwame Ampadu who has agreed that I do covers of some of his songs, Delay, Halifax of Despite Media and everyone who has reached out to me, God bless you,” she stated.