Suspended newscaster and presenter at TV3 Nana Aba Anamoah has denied rumours making rounds that she has decided to leave the station to another one.

Some local news websites and blogs have over the past week been posting a story attributed to kwamesays.wordpress.com that the TV presenter was “heading towards Starr TV”, which according to the story would be the new name of GhOne TV when EIB Network eventually takes over the station from the Multiple Concepts Group.

Although the story doesn’t mention any source from which the story was received, the author claimed he had information to that effect.

Daniel Amartey..... a lion at the rear

Until his sterling performance at the 2015 Nations Cup shot him unto the limelight, Ghanaian international, Daniel Amartey, was rarely a household name.

His association with the national side had only been at the Under-20 level where he made his debut for the country in a game against Nigeria in 2013 but missed out on their trip to Turkey for the U-20 World Cup the same year due to his Swedish side, Djurgarden’s, unwillingness to release him.

Lumba calls for prayers, not condemnation for Ofori Amponsah

Star musician and highlife icon, Daddy Lumba says rather than the condemnations that have greeted musician Ofori Amponsah’s decision to return to highlife music from the pulpit as a shepherd of the flock and gospel artiste, he needs the prayers of everyone to succeed.

Charles Kwadwo Fosu, as Lumba is also known, said he was not the least surprised at Ofori Amponsah’s decision, just as his decision to get closer to God was not surprising to him.

Lumba told Kwasi Aboagye on Peace FM Sunday that Ofori Amponsah had been a committed Christian since their paths crossed and it was only a matter of time that he took up his cross.

Ofori Amponsah may be under intense pressure to boldly declare his stance, since his return to secular music, but members of his church remain resolute and insist, they are solidly behind their pastor  and remain unshaken about his decision.

Over the past week, Ofori Amponsah, who stunned the world with his born again confession more than three years ago, has come under heavy criticism over the decision to make secular music again, with the release of Alewa, a collaboration with Sarkodie.

As the clock ticks closer to finals of the 2015 Miss Ghana pageant, it is only natural that some of the contestants would be nervous. And to put them at ease for the D-Day, the organisers of the pageant, Exclusive Events Ghana arranged a mentorship session for the finalists last Wednesday.

Ofori Amponsah’s decision four months ago to make a career turnaround from gospel music and evangelism back to secular music appeared to receive a lot of criticisms but, hardly did he anticipate the harsh reception to his newest song, Alewa, featuring Sarkodie.

Naturally, the release of Alewa, a ‘collabo’ by two of the finest acts in recent times, was highly anticipated, but it appears the u-turn has made life hellish for Ofori Amponsah as his critics have questioned the genuineness of his acclaimed pastorial calling and Christian beliefs, ridiculing him as ‘Pastor Alewa’.

Recently crowned the highest-paid model in the world for the ninth year in a row, Gisele Bündchen—whose career earnings total over $430 million—is celebrating her 20-year milestone with the release of a 536-page picture book, simply titled Gisele.

Showcasing her finest and most memorable moments in the modeling industry, the large-scale tome features over 300 images of the Brazilian bombshell, taken by famed photographers including Juergen Teller, Corinne Day, Inez & Vinoodh, Mert Alas & Marcus Piggott, and David LaChapelle, accompanied by tributes from fashion luminaries and her closest friends and family.

I can’t find a wife— Bomaye

ALEX Biney has combed the world in search of love, dated more than 10 women from different countries but still cannot find ‘Ms Right’ to settle down with. And it appears loneliness is driving the love sick celebrity to not stop at anything until he finds his soul-mate to marry.

Onetime Ghana’s representative at Big Brother Africa(BBA), Biney aka Bomaye even assembled beautiful ladies under one roof in a love reality TV show known as ‘I’m in Love with Bomaye’ to enable him chose the winner as his future wife. He played the role of a king in search of a bride in the reality show.

Despite the privilege of choosing the eventual winner, Promzy for a wife, it proved the union was a no match made in heaven as the relationship broke down after a few months.

Life they say begins at 40 but 40 years in ministry could be the twilight of a pastor’s calling more so, when he has just hit the 66-year-old mark. But when such a preacher man defies all odds and rather than succumbing to the pressures that come with ageing, he is reinvigorated by the unadulterated word of God to ride on, his life becomes an epitome of God’s faithfulness and a motivation to young pastors.

Ghana’s screen queen, Jackie Appiah, is planning to hit the fashion market with a bang in a manner that could overshadow her return to her favourite acting role after a long period of absence from set.

The gorgeous actress is set to launch her clothing line in November with the official opening of her shop in Accra, a new venture which reflects not only her passion for fashion but also gives an insight into her entrepreneural spirit.

The funny comedian on Tuesday afternoon posted an image of himself on Facebook wearing an aluminum pot over his head with a blue spongy net hanging over his face in a near perfect disguise to mimic ace investigator, Anas Aremeyaw Anas, whose current work in the judiciary has become topical even beyond national borders.

Life’s sweet for Too Sweet

Fast rising actor, Too Sweet Annan, may just be living his name and having a time of his life on set.

At a period when some of his more experienced contemporaries are lamenting the lack of role and prospects in the industry, Annan is riding on a crest of a wave having discovered his dream job. Life as an actor has been nothing but sweet for him.

Perhaps, it may not be as gloomy as others tend to describe perceived declining opportunities in the industry, as the young actor paints a positive picture about the development of the film industry, particularly in critical areas such as directing, remuneration, among others.

‘U Can’t Hide’ opens at Nubuke

It was mid-morning last Saturday, September 12, at the Nubuke Foundation in Accra and it seemed everyone around was under some sort of command to relax and smile and simply enjoy the jolly ambiance.

An exhibition of paintings, drawings  and digital prints by the multi-talented Kweku Adu-Gyamfi Opoku titled ‘U Can’t Hide’ had just opened and a lively atmosphere prevailed as the artist’s friends, family and general art lovers chatted, sipped on wine and lemonade, nibbled at finger foods while taking in  Opoku’s  varied works.

Elton John: I want to meet Putin over gay rights

Sir Elton John says he wants to meet Vladimir Putin to discuss what he called the Russian president's "ridiculous" attitude to gay rights.

A report by Human Rights Watch last year said Russia was failing to prevent and prosecute homophobic violence amid a rise in attacks against minorities.

Speaking to the BBC, Sir Elton said he would welcome talks with Mr Putin even though "he may laugh behind my back... and call me an absolute idiot".

TV presenter and host of Joy FM’s entertainment show, Rhythmz A-Z says one of the biggest challenges in her career has been the struggle to deal with numerous love advances made at her but has learnt to take them in her stride as an occupational hazard without compromising on her professional amd moral principles.

With a distinct voice many would die for, Mamavi Owusu Aboagye has worked hard to make a mark on the media landscape and over time, warmed her way into her loyal listeners. But such loyalty has come at a price as her greatest asset in broadcasting is ironically her main source of distress by male listners.

US rapper 50 Cent has posted a film on Instagram showing his new house in Africa even though he has filed for bankruptcy in the US.

He said on the post: "My crib is almost finished in AFRICA. I'm gonna have the craziest House warming party ever."

In July he filed for bankruptcy days after a jury ruled he had to pay $5m (£3.2m) to a woman suing him over a leaked sex tape.

Kyeiwaa returned the ring and drinks on Thursday after she discovered that Osei was already married to another woman. She was accompanied by her father and a number of Kumawood actors and actresses to end the marriage.

Is Idris Elba 'too street' to be James Bond?

Should Hollywood star Idris Elba be the next James Bond?

Not according to Anthony Horowitz, who's writing a new book in the Bond series. He was quoted by the Daily Mail saying Elba is "probably a bit too 'street' for Bond," claiming it's a matter of him not being "suave." When I heard that, I laughed and naively thought to myself, "He's probably being facetious, right?"

Not suave enough or "too street"? The guy (Elba) has only graced the covers of Essence, GQ and most recently Maxim magazine — being the first man to appear on a Maxim cover. He couldn't be talking about the guy who women adore and lust over, including my own mother (sorry, Mom, for telling your business), who describes him as beautiful.

The US actor Dean Jones, best known for his starring role in Disney's The Love Bug, has died at the age of 84.

He died of complications related to Parkinson's disease in Los Angeles.

He performed as a TV and theatre actor, but his career was defined by Hollywood; appearing in 46 films, including 10 for Disney.

He was one of Disney's major stars of the 1960s and 1970s, appearing in That Darn Cat!, Herbie Goes to Monte Carlo and Beethoven.

The Love Bug was his most successful film. He plays a struggling racing driver who acquires a Volkswagen named Herbie that shows human traits.

Jones was proud of the family-friendly entertainment that was his hallmark.

"I see something in them that is pure form. Just entertainment. No preaching," he once told the Los Angeles Times.

"We're always looking for social significance but maybe people just like to be entertained."

Kumawood actress Rose Mensah, popularly known as Kyeiwaa has found love at age 52. She was reported to have tied the knot at the weekend.

Not much is known about the wedding but pictures of the event have been making rounds on social media.

The actress was said to have invited few colleagues in the movie industry to the event. 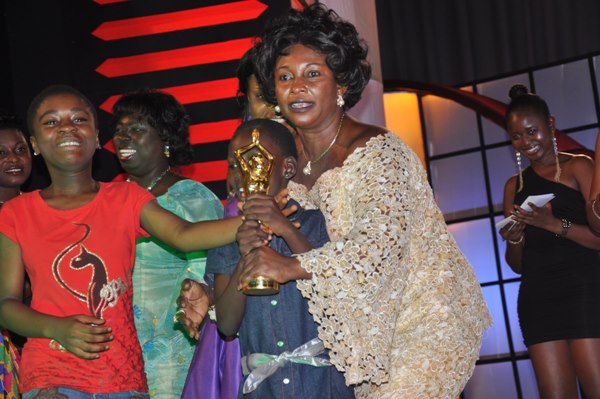