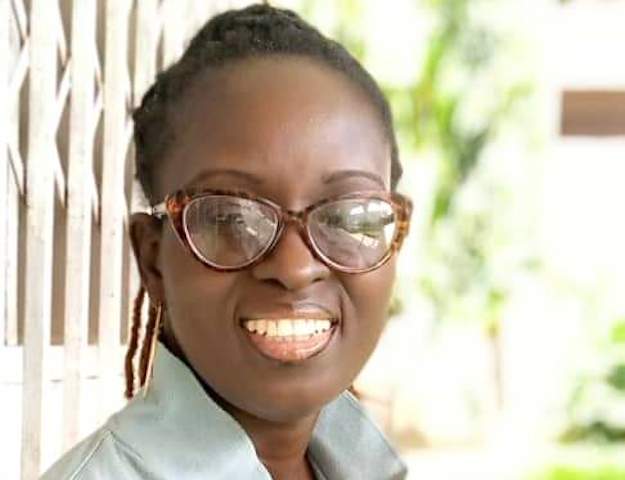 MANY people crave for fame because it can be a powerful means of elevating people into the limelight, a pathway to success and an enabler of riches, among other benefits.

And for artists who would do anything for recognition, public acceptance and the pursuit of a "celebrity status", they must be ready to deal with the challenges of stardom, including the lack of privacy, keeping up appearances and the weight of trying to fulfill the expectations of the public, a clinical psychologist has warned.

For all the advantages of stardom, Mrs Aku Hayfron, a Clinical Psychologist and lecturer at the Central University, is admonishing celebrities and wannabes to prepare for a bumpy ride as celebrity life could also lead to depression and other mental health challenges.

According to Mrs Hayfron who has first-hand encounters with celebrities battling depression, people always looked at the benefits of fame, with little or no consideration for its challenges, and end with dealing with some realities and also developing mental problems.

“First and foremost, people need to ask what they want for themselves before they get into the celebrity fame. They should do some research into the backgrounds of those who have ever been in the celebrity circle and what they went through and then they can decide whether they want to go into stardom.

She acknowledged that fame opened as many door to the world as it left people crumbling under the weight of public expectations, a lack of privacy or even living a lie.

“The question is, would you get your privacy like the ordinary person who is walking down the street who is free to move into a chop bar when he or she feels hungry? So the idea of fame is beautiful until the reality dawns on a person about its enormity.

So, don't be too quick to jump onto the celebrity bandwagon until you appreciate fully its implications, Mrs Hayforn warns.

Beyond the beautiful, well-managed and seeming perfect lifestyles portrayed in the world of celebrities, some world famous people and a number of Ghanaian celebrities have made public confessions that their lives are not as rosy as portrayed to the public.

Stars such as Nigeria’s Harrison Tare Okiri (popularly known as Harrysong), Kenyan rapper, Sauti Sol, South African
Cassper Nyovest and in Ghana, Guru, Kwaw Kese and recently MzVee have all confessed to suffering depression at some point in their lives.

Three years ago, Dancehall icon Stonebwoy confessed on the Hitz FM show, Day Break Hitz, that he suffered depression at some periods of his life when the demands and public expectations of him became too much to handle.

Mrs Hayfron pointed out that unusually high expectations of famous people could be emotionally draining for celebrities who are not psychologially prepared to deal with those 'forced' lives. And extreme exposure often causes mental pressure which hinders self-growth and the sense of fulfillment for these celebrities”, she explains.

“Many famous people realise that they are just humans who cannot handle endless stress. If you feel enough pressure from society without being a celebrity, imagine how many more times this pressure will increase if all the attention and expectations were put on you.

“Eventually, depression sets in and those who are not able to find solution to them commit suicide or find solace in drug abuse.
And as a psychologist, she is too familiar with famous people struggling to come to terms with their challenges.

“People come to you and the first thing they say is that, ‘I’m not mad but I’ve been asked to see you’. You don’t have to strip naked on the streets before you know you are not in a proper mental state.

"Our celebrities must come down from their high horses and seek professional counselling for their mental well-being since it’s very necessary," she advised.

“Also, people must not fight the status to become who they are not. This is where the danger lies because if you are not who you are or who you claim you are, one day, you will suffer the consequences of depression.

"You don’t have to strip naked on the streets before you know you are not in a proper mental state. Our celebrities must come down from the high ladder and seek professional counselling for their mental well-being since it’s very necessary.

“Also, people must not fight the status to become who they are not. This is where the danger lies because if you are not who you are or who you claim you are, one day, you will suffer the consequences of depression,” she stated.