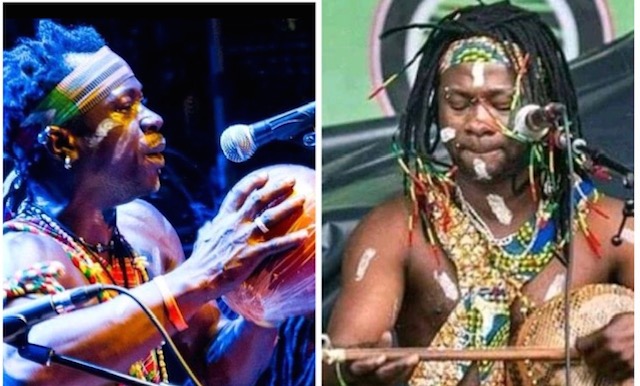 ONE of the great things about the African Showboyz is that they don’t believe in false modesty and are often quick to point out that they offer amazing music, dance and acrobatics on stage and the Celebrate album they are about to launch is a wonderful collection of songs.

Comprising Napoleon, Joseph, Moses, Isaac, Francis and Joe Sabbah, the African Showboyz are brothers from Binaba, near Zebilla in the North East Region of Ghana.

They mainly rely on rhythms from their home region as the core of what they do. The Showboyz then fuse those patterns with stuff from across Ghana and the rest of the world, an embellishment that has earned them praise at several international programmes.

The band has in the past toured places such as United States, Australia, Canada, Mexico, France, Germany, Switzerland, Thailand, Togo and Japan.

Their eight-track Celebrate album was recorded and released in the United States. It is scheduled to be launched in Accra in early March this year. Tracks in the collection include Kwame Nkrumah, Africans and Americans, Alzana, Rastafarian, Wongbo, Kaaziet and Celebrate.

The African Showboyz are based at Sege in the Ada West District of the Greater Accra Region. They have over the past few weeks been busily rehearsing for what they expect to be another hectic international tour to show off their fascinating renditions from Ghana.

“We are known better around the world than in Ghana because we are often on the move. Everywhere we go, we do our best to sell Ghana to audiences.

"We are here at the moment and ready to show some of the stuff we are taking on tour to patrons of vibrant live presentations,” said spokesperson, Napoleon Sabbah.