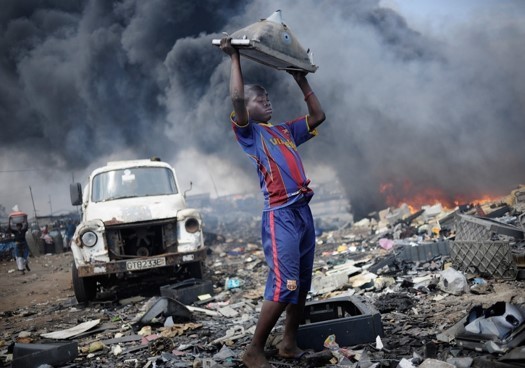 Whenever one runs into smoke billowing from burning refuse or a vehicle on the road, the natural tendency is to duck, cover the nose and eyes and move quickly away from its effect.

This is because, without being told, everyone knows that inhaling smoke is not good for one’s health.

Nonetheless, when we run into such smoke, some of which is so dense that it hampers visibility, we do little or nothing to ensure that the fire causing the smoke is put out. Rather, we quickly run away, forgetting that the air can carry and, indeed, carries the smoke very far for people to take into their lungs.

Worse still, defective vehicles on our roads generously distribute poisonous fumes from their vehicles over a large area, impacting negatively on the air we breathe and leaving people with respiratory diseases.

This is one of the reasons the third International Day of Clean Air for Blue Skies was commemorated on September 7, 2022 on the theme: ‘The Air We Share’ to focus on the trans-boundary nature of air pollution, highlighting the need for collective accountability and action.

Air pollution knows no national borders and is all pervasive. Moreover, it is strongly correlated to other global crisis, such as climate change, biodiversity loss, other forms of pollution, social and gender parity, as well as economic development.

On November 26, 2019, the Second Committee of the 74th Session of the United Nations (UN) General Assembly adopted a resolution designating September 7 as the International Day of Clean Air for Blue Skies.

The resolution stressed the importance and urgent need to raise public awareness at all levels and promote and facilitate actions to improve air quality.

The World Health Organisation (WHO) has warned that air pollution is the largest contributor to the burden of disease from the environment and is one of the main avoidable causes of death and disease globally.

The WHO says 99 per cent of the world’s population are now breathing polluted air, with seven million people dying each year due to air pollution, out of which 90 per cent are in low- and middle-income countries.

According to the World Bank’s 2020 Country Environmental Analysis, air pollution is responsible for 16,000 premature deaths in Ghana each year — a figure that is projected to increase to approximately 46,000 deaths by 2030 “if no action is taken”.

Indeed, according to the Ghana Statistical Service, while 10.7 per cent of households burned their solid waste in 2010, the figure rose to 22.5 per cent in 2021.

Also, the 2016 Global Burden of Disease study said air pollution was one of the highest and fastest rising causes of ill health in the country, and was implicated in increasing asthma, respiratory conditions and cardiovascular diseases, accounting every year for about 17,000 deaths in Ghana.

According to participants at an Open Air Quality workshop held in Accra from May 18 to 19, 2018, short-term symptoms resulting from the exposure to air pollution were itchy eyes, nose and throat, wheezing, coughing, shortness of breath, chest pain, headache, nausea and upper respiratory infections (bronchitis and pneumonia).

Some air pollutants, such as black carbon, methane and ground-level ozone, are also short-lived climate pollutants and responsible for a significant portion of air pollution-related deaths, as well as impacts on crops and hence food security.

Climate change is inextricably linked to air pollution, so one cannot be resolved without addressing the other, for which reason an integrated approach to tackling both could result in significant co-benefits.

Experts say that by 2050, we can halve global crop losses from these pollutants by reducing methane emissions, an ingredient in the formation of tropospheric ozone, an important greenhouse gas and air pollutant, which would potentially save between $4 and $33 billion.

According to them, the need to raise awareness of the problem, impact of and solutions to air pollution, the collection and sharing of data, research and best practices, as well as strengthening international and regional cooperation for efficient implementation, has never been greater.

We, therefore, urge the Environmental Protection Agency, the Ghana Standards Authority, all local government authorities and stakeholders in the sanitation sector to be up and doing to ensure that we do not continue to bear the brunt of air pollution.